Trump says still doesn't know anything about WP's Khashoggi, week after his disappearance 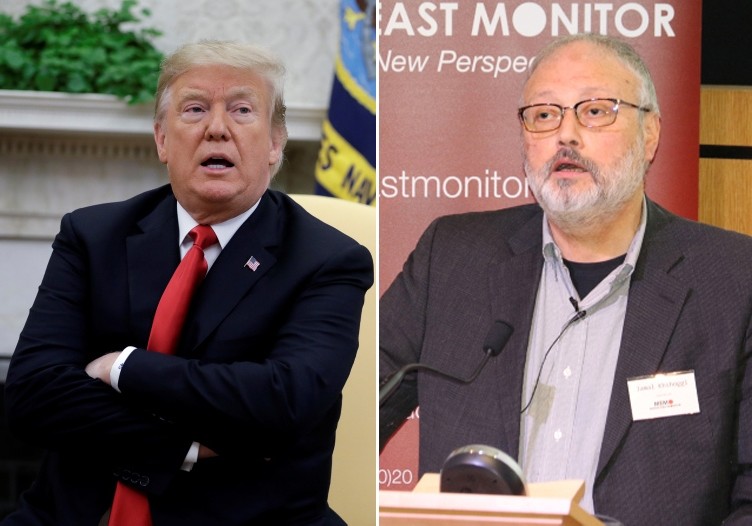 U.S. President Donald Trump said on Tuesday he does not know anything about Washington Post columnist Khashoggi's disappearance he had not yet spoken with Saudi officials about the situation, a week after the journalist disappeared.

Less than a day after saying he was "concerned" for Khashoggi, Trump said he would talk with Saudi officials "at some point."

"I am concerned about it. I don't like hearing about it," Trump told reporters at the White House on Monday. "Hopefully that will sort itself out," the president added.

Turkish Foreign Ministry said on Tuesday that an examination will be carried out in the Saudi consulate in Istanbul and that Saudi authorities were open to cooperation.

Turkish police investigating the case said on Saturday that 15 Saudis, including several officials, arrived in Istanbul on two planes and entered the consulate while Khashoggi was inside.

Istanbul prosecutors are investigating the incident, while the consulate said on Twitter that it was working in coordination with Turkish authorities.