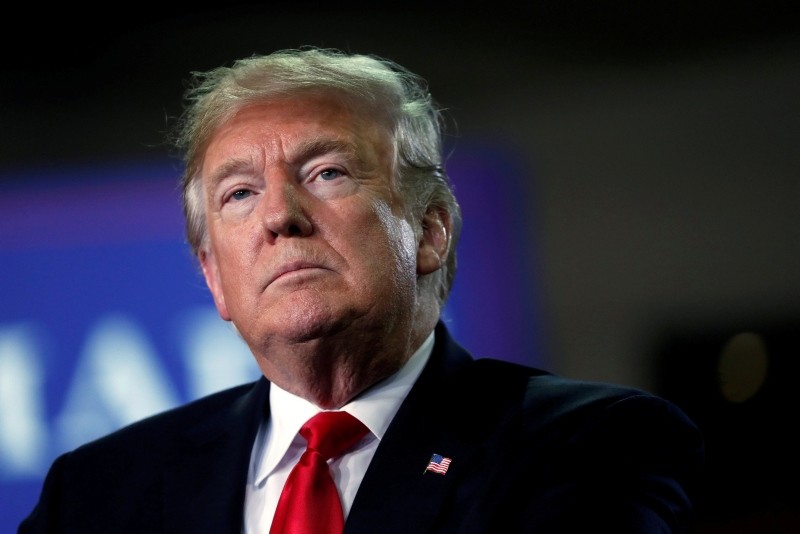 U.S. President Donald Trump said Thursday that he was looking into the disappearance of Saudi journalist Jamal Khashoggi very closely and he had US investigators involved in the case.

In a Fox News interview, Trump said U.S. investigators were working with both Ankara and Riyadh to probe the suspicious disappearance in Turkey of Saudi journalist Jamal Khashoggi.

However, Trump's comments about having U.S. investigators in Turkey and working with Ankara on the Khashoggi case were denied by Turkish diplomatic sources and the claims were called "untrue."

The U.S. president said that Khashoggi "went in and it doesn't look like he came out" from the consulate.

"I have to find out what happened," Trump said, when asked if U.S.-Saudi relations would be jeopardized by the disappearance of Khashoggi, a U.S. resident who Turkish officials suspect was murdered after entering the Saudi consulate in Istanbul.

"We're probably getting closer than you might think," he added.

When asked about a Post report that U.S. intelligence intercepts outlined a Saudi plan to detain Khashoggi Trump said "It would be a very sad thing and we will probably know in the very short future."

Later on Thursday, Trump told reporters at the White House that he saw no reason to block Saudi Arabian investments in the United States despite the Khashoggi incident, saying the Gulf nation would then just move its money into Russia and China.

Earlier Wednesday, Republican Sen. Bob Corker, who as chairman of the Senate Foreign Relations Committee has reviewed U.S. intelligence on the case, said it was likely that Khashoggi was killed the day he walked into the consulate. Whatever took place, Corker said, "There was Saudi involvement" and "everything points to them."

Corker told reporters at the U.S. Capitol later in the day, "If it turns out to be what we all think it is today but don't know, there will have to be significant sanctions placed at the highest levels."

More than 20 Republican and Democratic senators instructed Trump to order an investigation into Khashoggi's disappearance under legislation that authorizes imposition of sanctions for perpetrators of extrajudicial killings, torture or other gross human rights violations.