If Saudis knew about what happened to Khashoggi 'that would be bad,' Trump says 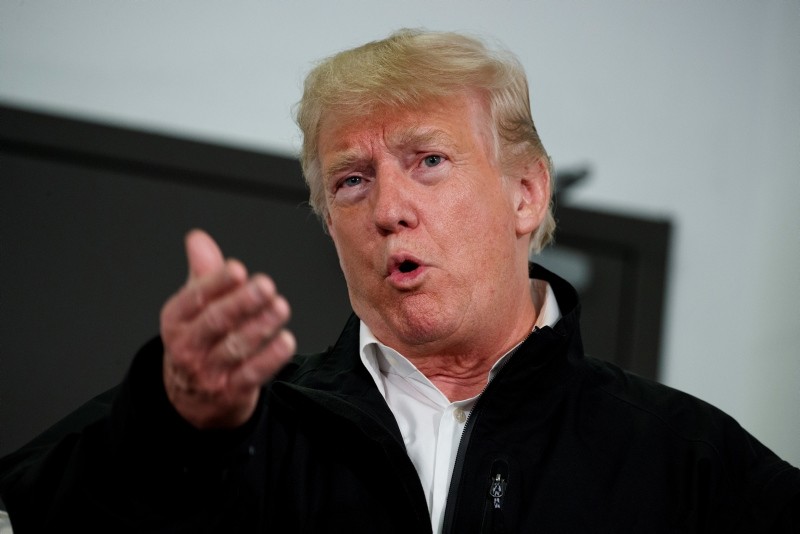 The comments come after Trump said he had spoken with Saudi Crown Prince Mohammed bin Salman and been assured that a "full" probe into the disappearance of a critical journalist was underway.

"Just spoke with the Crown Prince of Saudi Arabia who totally denied any knowledge of what took place in their Turkish Consulate," Trump tweeted.

He "told me that he has already started, and will rapidly expand, a full and complete investigation into this matter. Answers will be forthcoming shortly."

The disappearance and suspected murder of Jamal Khashoggi at the Saudi consulate in Istanbul has embarrassed Mohammed and strained relations with Washington.

Trump sent Secretary of State Mike Pompeo to Riyadh to talk directly with Saudi Arabia's royals amid strong pressure in Congress and the U.S. media to prevent the vanishing of Khashoggi from being swept under the carpet.

Turkish sources allege that Khashoggi was lured into the consulate and murdered, then dismembered. Saudi officials say he left the building, but have provided no evidence to support this.

For Trump, the issue is extremely delicate. At the prompting of his son in law and advisor Jared Kushner, his administration has made good relations with Mohammed -- portrayed as a Saudi modernizer -- a priority.

Saudi Arabia is one of the closest U.S. partners in a bid to undermine Iran and also a massive client of the U.S. weapons industry.