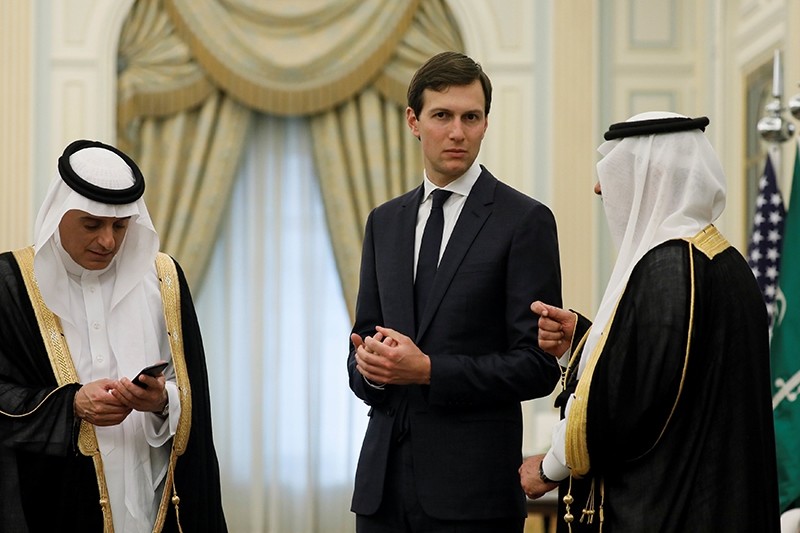 U.S. President Donald Trump's son-in-law and senior adviser Jared Kushner said Monday that Trump is focused on U.S. interests and will decide the course of action toward Saudi Arabia after the facts of Jamal Khashoggi's killing emerge.

Kushner, who has a close relationship with powerful Saudi Crown Prince Mohammed bin Salman, deflected questions in a CNN interview about whether he trusted the Saudis to investigate themselves.

"We're getting facts in from multiple places and once those facts come in, the secretary of state will work with our national security team to help us determine what we want to believe, and what we think is credible and what we think is not credible," Kushner said, adding that the Trump administration is still in the "fact-finding stage."

Asked whether he thought the Saudis had been deceptive, Kushner said he sees deceptive things every day.

"We have our eyes wide open. The president's focused on what's good for America, what are our strategic interests, where do we share interests with other countries let's work toward those," Kushner said.

Kushner stressed that Saudi Arabia was an important ally of the United States, especially in countering Iran's influence in the Middle East.

Kushner also said he had advised the crown prince: "Just to be transparent, to be fully transparent. The world is watching. This is a very, very serious accusation and a very serious situation." Asked how the prince responded to that, Kushner said, "We'll see."

After two weeks denying any involvement in the 59-year-old's disappearance, Saudi Arabia on Saturday said Khashoggi, a critic of the crown prince, died during a fight in the building. An hour later, another Saudi official attributed the death to a chokehold.

Trump initially said he found the explanation credible, but later expressed more skepticism -- although he warned against scrapping a multibillion-dollar arms deal with the conservative kingdom.

"No, I am not satisfied until we find the answer," he told reporters Saturday. "It was a big first step. It was a good first step. But I want to get to the answer."

While Trump said he was not satisfied with Riyadh's statement, Trump's intent was "not to ruin" the relationship with Saudis, the Washington Post reported, citing an adviser to the president.

The president has previously voiced reluctance to canceling arms sales to Saudi Arabia, saying by doing so the U.S. would "be punishing ourselves."

While Trump tries to avoid damaging ties between Washington and Riyadh, senators and other prominent figures in the U.S. have increasingly called for action against the Saudis.

"They're buying time. And they're buying cover," said Democratic Senator Richard Blumenthal, adding, "They are seeking to, in effect, shift blame to a group of fall guys and confine the investigation to the Saudi government."

"Where is the body? Why did it take 17 days to come up with this account?" asked Bruce Riedel, who served in the CIA for 30 years and an expert on Saudi Arabia.

"This is the worst cover-up I've ever seen," he said.

Comments from Saudi Foreign Minister Adel al-Jubeir on Sunday were some of the most direct yet from Riyadh. Jubeir called Khashoggi's killing a "huge and grave mistake," but sought to shield its powerful crown prince from the widening crisis, saying Mohammed bin Salman had not been aware.

Turkish officials have continued their investigation into the journalist's killing and President Recep Tayyip Erdoğan said Sunday he would reveal the "truth" about the Khashoggi case on Tuesday.