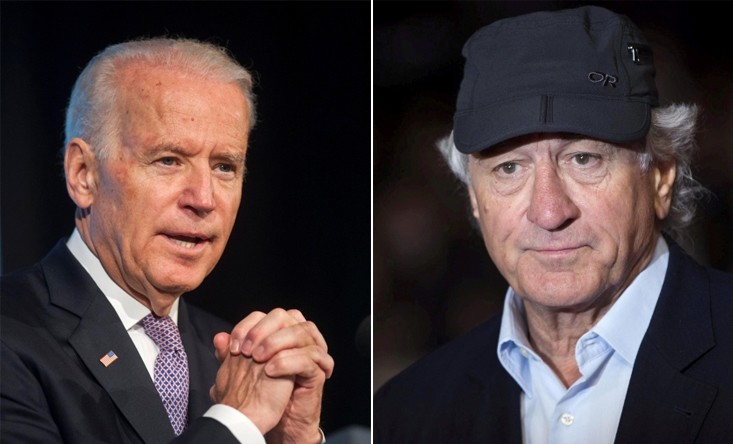 Authorities discovered another wave of suspicious packages on Thursday targeting former Vice President Jose Biden and actor Robert De Niro, as a manhunt intensified for a serial bomber less than two weeks ahead of elections.

Actor Robert De Niro, who hurled an obscenity at Trump at the Tony Awards last June, was also targeted, the official said.

New York police were dispatched to De Niro's restaurant Tribeca and the package was removed without any injuries.

Tribeca Enterprises said "everyone is safe" after the recovery of a suspicious package addressed to the actor.

A law enforcement official told The Associated Press that an X-ray showed that the package contained a device similar to others sent to Democratic figures. Investigators say it appears to be from the same sender.

The official was not authorized to speak publicly and therefore talked to the AP on condition of anonymity.

The company said in a statement on Thursday that its Manhattan building is open and deemed safe.

An office building adjacent to the U.S. Capitol that houses lawmakers' offices was evacuated later Thursday, according to a congressional official who did not cite a reason for the action.

U.S. Capitol Police were not immediately available to comment on the Cannon House Office Building evacuation. Most members of the House of Representatives are in their home-state districts campaigning for re-election during a long congressional recess.

A news radio station in Washington, D.C., WMAL, also said Thursday it had received a suspicious package and its building has been evacuated.

Crude pipe bombs targeting Clintons, Obama, CNN and others were intercepted Tuesday night and Wednesday in a rash of attacks aimed at prominent Democrats and a cable news network often criticized by political conservatives.

A vocal critic of U.S. President Donald Trump, De Niro frequently criticized Trump in the past and went as far as using an expletive to condemn him.

In June, The Oscar-winning actor received a standing ovation after saying "f.ck Trump!" during his speech at the Tony Awards.

In 2016, when Trump was the Republican presidential candidate, De Niro slammed him as "blatantly stupid," "totally nuts" and an "idiot."