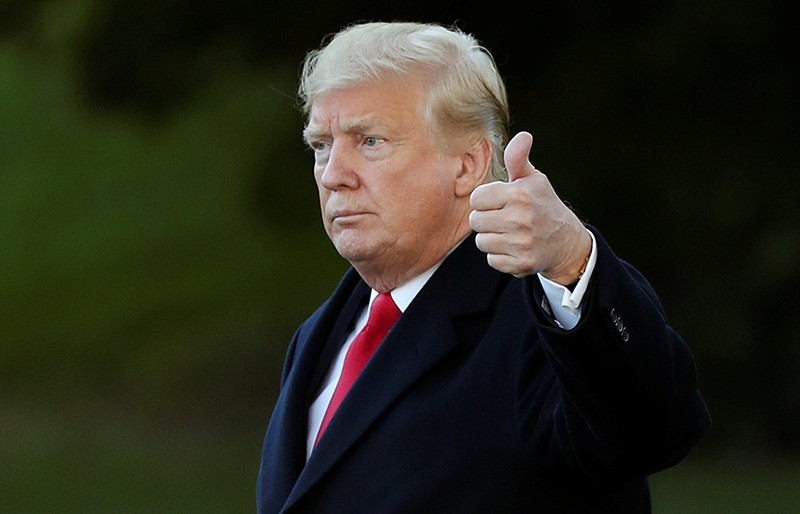 U.S. Democratic leaders in Congress said Wednesday that President Donald Trump's calls for unity after suspicious packages were sent to leading Democratic figures "ring hollow" because of his past statements that condone acts of violence.

"Time and time again, the president has condoned physical violence and divided Americans with his words and his actions," Senate Democratic Leader Chuck Schumer and House of Representatives top Democrat Nancy Pelosi said in a statement.

They cited the Republican president's "support for the congressman who body-slammed a reporter, the neo-Nazis who killed a young woman in Charlottesville, his supporters at rallies who get violent with protesters, dictators around the world who murder their own citizens, and referring to the free press as the enemy of the people."

CNN Worldwide President Jeff Zucker said Wednesday there is a "total and complete lack of understanding" at the White House about seriousness of their attacks on media, after one suspected bomb was intercepted in the mailroom of CNN's New York offices.

"There is a total and complete lack of understanding at the White House about the seriousness of their continued attacks on the media," Zucker said.

"The president, and especially the White House press secretary, should understand their words matter. Thus far, they have shown no comprehension of that," he said.

Crude pipe bombs targeting Hillary Clinton, former President Barack Obama, CNN and others were intercepted Tuesday night and Wednesday in a rash of attacks aimed at prominent Democrats and the cable news network that is often criticized by political conservatives.

The White House quickly condemned the attacks aimed at Democrats and perceived foes of the administration.

At an event later Wednesday, Trump said: "The full weight of our government is being deployed to conduct this investigation and bring those responsible for these despicable acts to justice. We will spare no resources or expense in this effort."

"In these times, we have to unify, we have to come together, and send one very clear, strong, unmistakable message that acts or threats of political violence of any kind have no place in the United States of America," he continued.

Many U.S. political leaders and news outlets have voiced concern since Trump's election that the president's rhetoric is not only harmful to a free press but may even incite violence against journalists. Amid the furor over the murder of Saudi journalist Jamal Khashoggi, who was killed by Saudi officials in the kingdom's Istanbul consulate, some have pointed out Trump's double-standards in attempting to express concern over the Washington Post contributor despite his own record of attacks on dissident journalists. Wednesday's bomb scare – which threatened CNN, a regular target of Trump's verbal attacks – only heightened the sense that the president's words may influence violent action against his opponents.