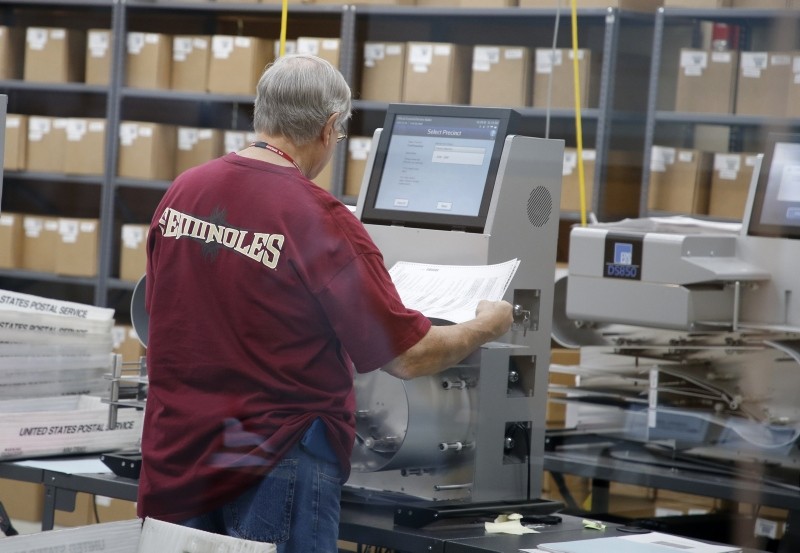 An elections worker feeds ballots into a tabulation machine at the Broward County Supervisor of Elections office in Lauderhill, Fla., Nov. 10, 2018. (Getty Images/AFP)
by Nov 10, 2018 12:00 am

Florida authorities on Saturday ordered a recount in the contentious races for U.S. Senate and governor, amid tit-for-tat accusations of fraud from the candidates — plunging the state once again into election uncertainty.

Eighteen years after the Sunshine State found itself at the heart of a battle for the U.S. presidency, it was once again in the spotlight after Tuesday's vote, which left the contests for statewide offices undecided.

Florida's 67 counties had been given until midday (1700 GMT) on Saturday to submit unofficial totals.

State law triggers a machine recount if the difference in a race is within 0.5 percent.