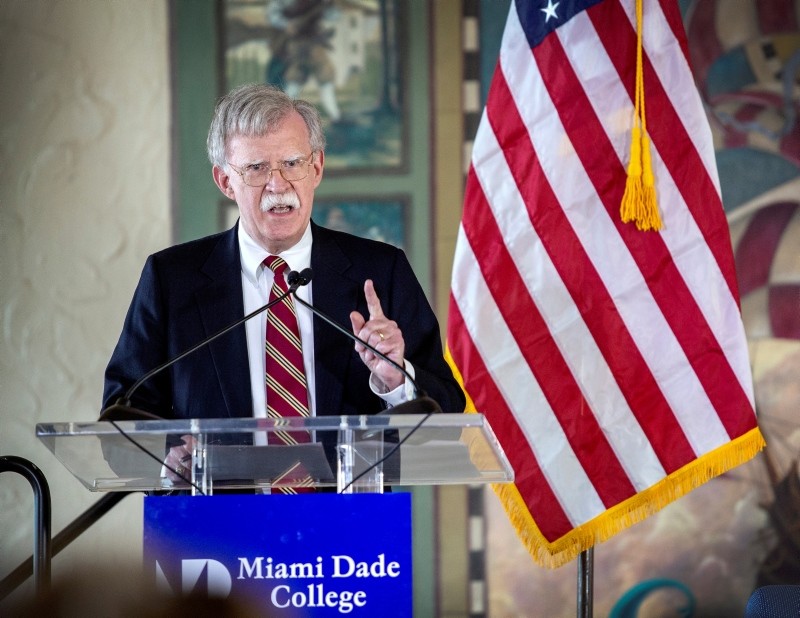 Bolton said he did not think that people who heard the recordings concluded that the crown prince was linked to the killing. "And certainly that is not the position of the Saudi government," he said in Singapore.

Asked again if the audio tape provided by Turkey did not link Prince Mohammed to the killing in any way, Bolton said: "I haven't listened to the tape myself but in the assessment of those who have listened to it, that is right."

The individual was identified as Maher Mutreb, who reports to an aide to the crown prince, Saud al-Qahtani. Mutreb was also quoted as saying words to the effect that "the deed was done".

"The recordings are really appalling. Indeed when the Saudi intelligence officer listened to the recordings he was so shocked he said: 'This one must have taken heroin, only someone who takes heroin would do this'," Erdoğan told journalists following his two-day official visit to France.

The New York Times, in a report confirmed by a Turkish official, said a member of the Saudi team which was sent to Istanbul to kill Khashoggi told one of his superiors after the killing to "tell your boss" - which the newspaper said was believed to be a reference to Prince Mohammed.

The individual was identified as Maher Mutreb, who reports to an aide to the crown prince, Saud al-Qahtani. Mutreb was also quoted as saying words to the effect that "the deed was done".

Meanwhile, speaking to Al-Jazeera on Sunday, Nazif Karaman, a journalist from the Turkish language daily Sabah, said that Khashoggi's last words were "I'm suffocating ... Take this bag off my head, I'm claustrophobic," according to the audio recording, implying that he was suffocated to death while a bag covered his head.

According to Karaman, the murder took about seven minutes and the Saudi entourage covered the floor with plastic bags before dismembering Khashoggi's body – a 15-minute process that was led by Salah al-Tubaigy, head of the Saudi Scientific Council of Forensics.

Khashoggi, a critic of de facto Saudi ruler Crown Prince Mohammed bin Salman, was killed in Saudi Arabia's Istanbul consulate on Oct. 2 in a hit which Turkey says was ordered at the "highest levels" of the Saudi government.

Khashoggi's murder has provoked global outrage but little concrete action by major powers against Saudi Arabia, the world's largest oil exporter and a strong proponent of U.S. policy to contain Iranian influence across the Middle East.