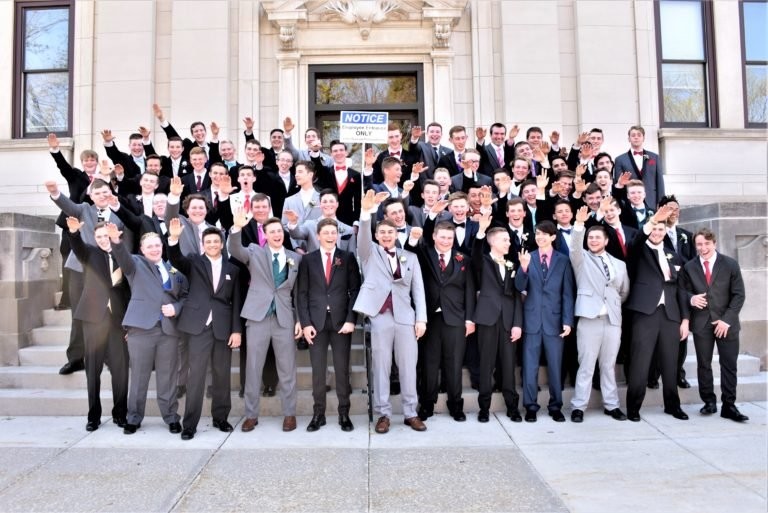 A Wisconsin school district on Monday launched an investigation into a photo making social media rounds that shows dozens of male high school students raising their right arms in an apparent Nazi salute.

The district in the midwestern U.S. state condemned the photo, which was taken last spring before the annual prom dance and reportedly includes all the male students in Baraboo High School's class of 2019.

"Early this morning, a photo that was taken last spring of some Baraboo School District students who appear to be making extremely inappropriate gestures began circulating on social media," said a statement from Baraboo superintendent Lori Mueller.

"If the gesture is what it appears to be, the district will pursue any and all available and appropriate actions, including legal, to address the issue," Mueller said, adding that the photo was not taken on school property or at a school-sponsored event.

One student in the photo also appeared to be making the "OK" hand gesture that has come to symbolize white power.

The Baraboo Police Department said it was assisting with the investigation.

Only one student in the photo did not make a sign, and said in a statement circulated widely on social media that he was "uncomfortable" with the photo, saying that at the time "I knew what my morals were and it was not to salute something I firmly didn't believe in."

"It needs to stop," said the boy, identifying himself as Jordan Blue. "Bullying. Immaturity. and just taking things as a 'joke'..."

Baraboo, a town of about 12,000 people, is located 42 miles (68 kilometers) northwest of Wisconsin's capital city Madison.

"This is why every single day we work hard to educate," tweeted the Auschwitz Memorial of the photo. "We need to explain what is the danger of hateful ideology rising."