Foreign student enrollments in US drop for 2nd year in a row, survey shows 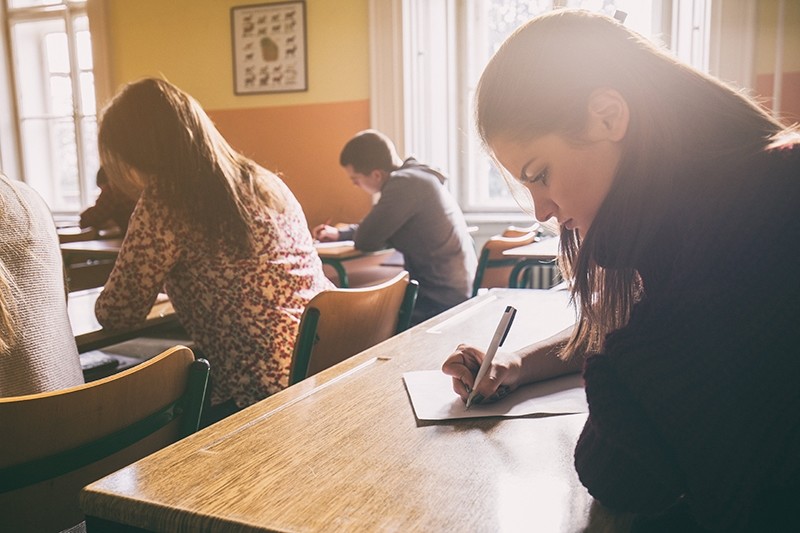 The number of international students entering U.S. colleges and universities has fallen for the second year in a row, a nonprofit group said Tuesday, amid efforts by the Trump administration to tighten restrictions on foreigners studying in the United States.

New enrollments for the 2017-18 school year slumped 6.6 percent compared with the previous year, according to an annual survey released by the Institute of International Education. That follows a 3.3 percent decline in new international students tallied in the 2016-17 academic year.

A strong dollar has made U.S. college tuition relatively more expensive, Canadian and European universities are competing fiercely for the same students and headlines about mass shootings also may have deterred some students, said Allan Goodman, president of IIE.

International students have become an important funding source for American colleges as traditional revenue sources, such as state funding, come under pressure. Most undergraduate foreign students do not qualify for need-based financial aid and must pay close to full tuition and fees to attend U.S. schools.

Similar to previous years, the largest numbers of students came from China, India and South Korea, which together made up 56.1 percent of all international students.

IIE did not track new international student numbers before the 2004-05 school year, but Goodman said the recent declines in new enrollments were comparable to the period after the Sept. 11, 2001, attacks. The annual survey of foreign-student enrollment is funded by the U.S. State Department.

Some immigration policy experts and college administrators attribute the decline to the Trump administration's drive to restrict immigration and an overall sense of a U.S. political climate that is hostile to immigrants and foreigners.

"It is not a welcoming environment," said Doug Rand, a former White House official working on immigration issues during the Obama administration.

He noted that Trump has moved to restrict the issuance of skilled-worker visas and permanent residency, which many incoming students may apply for in the future.

"It's an act of willful ignorance to suggest that our immigration policies aren't having a direct impact on foreign student enrollment," Rand said.

Caroline Casagrande, a State Department official, said the "flattening" in international student enrollments began with the 2015-2016 year, prior to the start of the Trump administration. That year, new enrollments still increased by 2.4 percent compared with the prior year.

"The U.S. Department of State is committed to facilitating the legitimate travel to the United States of individuals who want to study in U.S. academic institutions," Casagrande said during a phone call with reporters. "It's quite frankly unwarranted to say that it is completely the result of a political environment."

Cary Jensen, assistant vice provost for international advocacy and engagement at the University of Rochester in New York, said international students had been receiving more scrutiny from the U.S. government since the Sept. 11 attacks, but that "this last year and a half has just taken it to another level."

Jensen said a major issue facing American universities was the lack of clarity surrounding the Trump administration's policies, in part due to lengthy court battles over policies like Trump's travel ban on people from several Muslim-majority countries.

"That has kind of been the worst part of this, is the uncertainty," Jensen said. "That breeds fear and people tend to overreact."

The administration is pursuing concrete steps to restrict visa policy regarding international students. Last month, it said it would seek to establish a fixed maximum period of stay for international students. Students currently can stay for an indefinite duration of study, and exchange advocates worry such a change would make it harder to recruit students and limit their flexibility once they are in the country.

In August, the administration changed the way international and exchange visitors are found to accrue "unlawful presence," a violation that could result in being barred from the country for up to 10 years. Several colleges sued over the change, arguing it would cause the "banishment of untold numbers of international students and exchange visitors acting in good faith."

The total number of new international students in the United States in 2017-2018 grew by 1.5 percent to a record high of nearly 1.1 million, but it was the smallest year-over-year increase since 2005. The growth in total enrollment was driven by a nearly 16 percent increase in the number of students opting to remain in the United States after finishing their studies for short-term work known as "optional practical training."