US sanctions 17 Saudis for role in Khashoggi murder 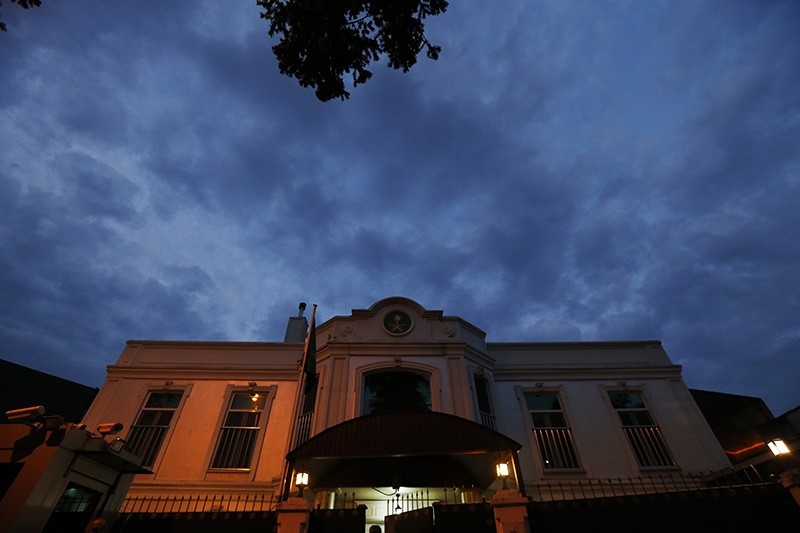 The U.S. Treasury announced Thursday punishing sanctions on 17 Saudis for their role in the killing of journalist Jamal Khashoggi at the Saudi consulate in Istanbul.

The sanctions were declared after Riyadh's public prosecutor announced that five officials face a possible death sentence in the case but exculpated the prince.

"The Saudi officials we are sanctioning were involved in the abhorrent killing of Jamal Khashoggi. These individuals who targeted and brutally killed a journalist who resided and worked in the United States must face consequences for their actions," said Treasury Secretary Steven Mnuchin.

The sanctions came amid widespread anger among Saudi allies over the killing and dismemberment of Khashoggi on Oct. 2 in the Saudi consulate in Istanbul, Turkey.

Khashoggi, 59, was a veteran Saudi journalist who wrote for the Washington Post and other international media. He had become one of the leading public critics of Prince Mohammed, whose father is the Saudi king.

The U.S. Treasury said Qahtani, Prince Mohammed's long-time right-hand man, "was part of the planning and execution of the operation" to kill Khashoggi.

Maher Mutreb, an aide to Qahtani who has appeared in photographs with Prince Mohammed on official visits this year to the United States and Europe, was also included on the blacklist.

But the Treasury did not point any fingers at Prince Mohammed, who the Saudi government has insisted did not order the killing.

The sanctions, which fall under the U.S. Global Magnitsky Human Rights Accountability Act, freeze any assets those blacklisted have under U.S. jurisdiction and forbid Americans and U.S. companies from doing business with them.

Under heavy pressure from Turkey, the United States, Britain and France, Riyadh has admitted that Khashoggi was murdered in the consulate and said it would punish those involved.

Earlier Thursday the state prosecutor's office announced that 21 individuals had been taken into custody and charges set against 11 of them.

Five of them face possible execution for the murder, according to the prosecutor.

Mnuchin said Washington would persist in pressuring Riyadh for justice in the case.

"The United States continues to diligently work to ascertain all of the facts and will hold accountable each of those we find responsible in order to achieve justice for Khashoggi's fiancée, children, and the family he leaves behind," he said in a statement.

"The Government of Saudi Arabia must take appropriate steps to end any targeting of political dissidents or journalists."