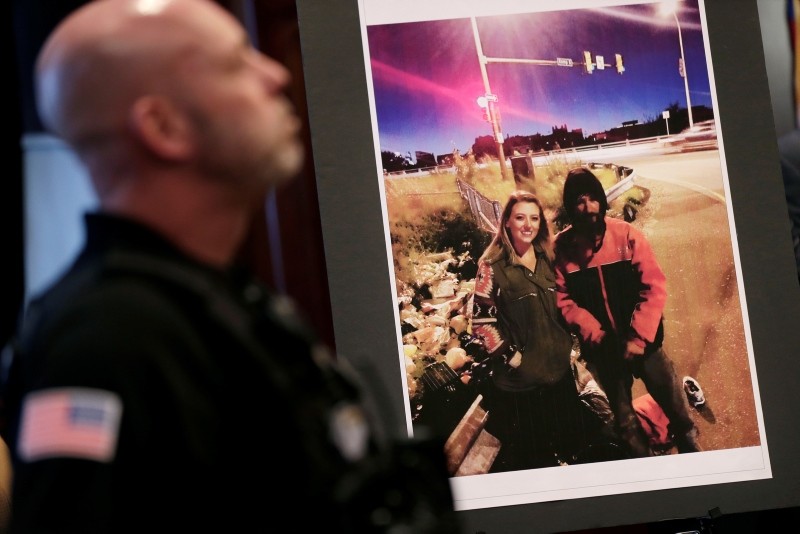 Last year, the seemingly heartwarming tale of a homeless good Samaritan who helped a woman driver in need sparked a crowdfunding campaign that raised hundreds of thousands of dollars for him and now, the story appears to have been a scam.

Three people were charged in a New Jersey courtroom on Thursday in connection with the allegedly fraudulent scheme, which allowed them to rake in more than $400,000 on the GoFundMe site.

The couple said Bobbitt had given McClure his last $20 to buy gas for her car when he found her stuck along a highway outside Philadelphia, and they wanted to return the act of kindness.

The GoFundMe page announced a goal of $10,000 to help Bobbitt rent an apartment, buy a used car and get back on his feet. But it quickly made that amount many times over.

The story made headlines and thousands donated to what seemed to be a good cause.

But the first twist came in August when Bobbitt sued McClure and D'Amico, saying he had only received a fraction of the money — about $75,000 — and accusing the couple of pulling one over on donors.

Bobbitt claimed the couple had gone on fancy vacations and bought themselves a new BMW, which was seized at the couple's home in September.

Ultimately, the investigation revealed a second twist: Bobbitt was in cahoots with the couple all along.

"Less than an hour after the GoFundMe campaign went live, McClure, in a text exchange with a friend, stated that the story about Bobbitt assisting her was 'completely made up'," he said.

"D'Amico, McClure and Bobbitt conspired to fabricate and promote a feel-good story that would compel donors to contribute to their cause."

The three were charged with "theft by deception" and conspiracy to commit such a theft. A spokesman for the prosecutor's office said they would be seeking jail sentences "of some length."