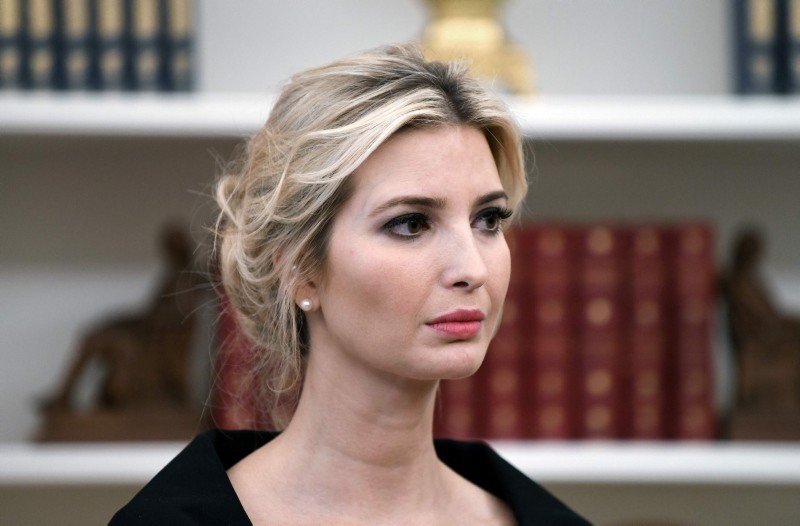 A White House review of Ivanka Trump's email found she used her personal account up to 100 times to contact other Trump administration officials, the Washington Post reported on Monday, citing people familiar with the review.

Use of a personal account for government business could potentially violate a law requiring preservation of all presidential records.

Representatives for the White House did not respond to a request for comment.

President Trump, a Republican, repeatedly blasted his Democratic rival Hillary Clinton in the 2016 presidential election campaign over her use of personal email and a private server while she was U.S. secretary of state, and promised to investigate her once in office.

Representatives for U.S. Representative Elijah Cummings, the top Democrat on the House Oversight Committee, said the panel would investigate White House communications when Democrats take over the U.S. House of Representatives in January.

"We plan to continue our investigation of the presidential records act and federal records act, and we want to know if Ivanka complied with the law," his office said a statement, adding that a panel probe of White House correspondence began last year but was dropped by Republicans who currently control the committee. Democrats are taking over following their election gains this month.

Peter Mirijanian, a spokesman for Ivanka Trump's ethics lawyer, Abbe Lowell, told the Post that her use of personal email was different from Clinton's case because there was no private server, none of the messages contained classified information and they occurred before Ivanka Trump was aware of government record-keeping regulations.

He said Ivanka Trump turned over all her government-related emails months ago so they could be stored with other White House records, the Post reported.

Ivanka Trump's emails came to light when White House officials began reviewing them in response to a lawsuit from watchdog group American Oversight, according to the Post. The paper said she used the personal account for official business fewer than 100 times in 2017.

Clinton's email practices as secretary of state prompted an FBI investigation that overshadowed the 2016 election and still draws ire from Trump and calls from his supporters to "lock her up."

The FBI concluded Clinton's actions were extremely careless but did not recommend any charges be filed. Clinton expressed regret for her decision to use a private server but said she violated no rules.

U.S. Senator Richard Blumenthal, a Democrat on the Senate Judiciary panel, said there was "no way" Ivanka Trump did not know the rules after the 2016 campaign and that there were larger questions about the Trump family's mixing of private enterprise and government duties.

"It raises the issue of whether there has been anything improper. There should be some kind of investigation," either by Congress or the White House ethics office, Blumenthal told CNN.