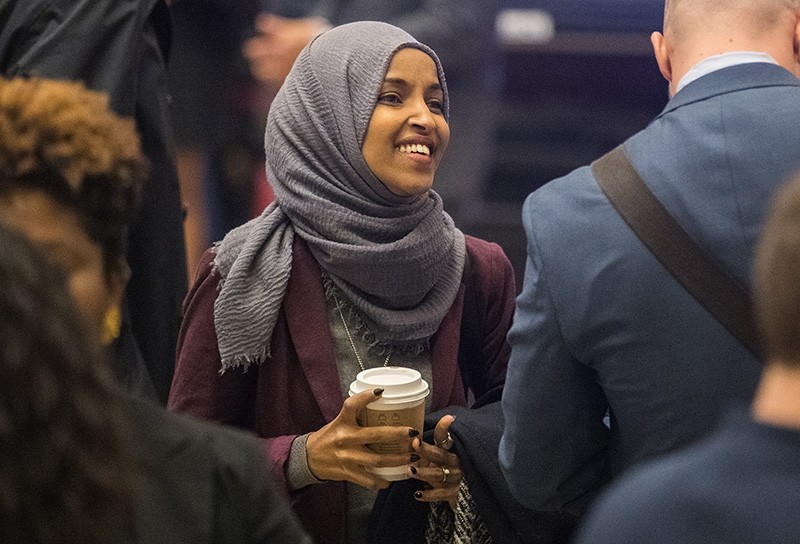 A Muslim congresswoman-elect has co-authored changes to a 181-year-old rule banning the wearing of head coverings on the U.S. House floor, an effort supported Monday by the nation's largest Muslim rights group.

Ilhan Omar, a Somali refugee who was one of the first two Muslim women elected to Congress earlier this month, has joined Democratic leaders in drafting an update to the rule to allow for religious exemptions for headwear like the Muslim headscarf, Jewish yarmulkes or Sikh turban.

The change is part of a rules package introduced by top Democrats including House Minority Leader Nancy Pelosi that is expected to be approved in January when Democrats take majority control of the chamber.

"No one puts a scarf on my head but me. It's my choice -- one protected by the first amendment," Omar posted Saturday on Twitter.

"And this is not the last ban I'm going to work to lift," added the Minnesota representative-to-be.

Omar campaigned on a progressive platform and won and will become the first member of Congress to wear a headscarf. Joining her will be Rashida Tlaib, an activist of Palestinian descent, who was elected to represent Michigan's 13th district.

The headwear proposal earned the backing of the Council on American-Islamic Relations.

"We support the effort to update this anachronistic policy and to bring the House of Representatives into conformity with the Constitution and its existing protection of religious freedom," said CAIR national executive director Nihad Awad.

A record number of women, and scores of minorities including Hispanics, African Americans, Native Americans and members of the gay, lesbian and bisexual communities, will fill the ranks of the 116th Congress when it convenes beginning Jan. 3.

"This change will finally codify that no restriction may be placed on a member's ability to do the job they were elected to do simply because of their faith," he said.

The ban on head coverings in the House was adopted in September 1837. The rule has vexed some lawmakers, notably Congresswoman Frederica Wilson, who is known for her colorful hats and has pushed to get the ban lifted.

Under the proposed changes, Wilson would still be barred from wearing hats on the House floor.

The proposal comes after a midterm election season which saw many conservative candidates use anti-Muslim rhetoric in their campaigns. Many European nations are also implementing bans or restrictions on wearing face veils, including France, which was the first European country to ban full-face veils in public places.