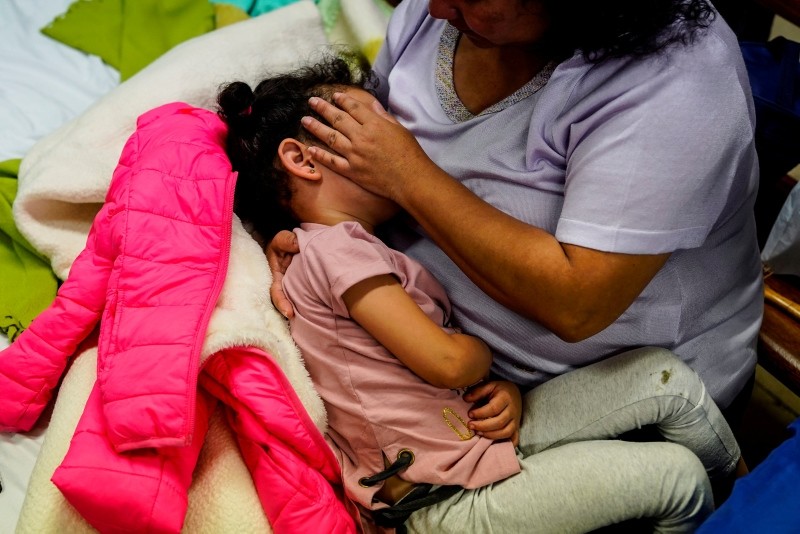 A woman, with her daughter, from Venezuela, rests at the San Carlos Borromeo parish house shelter, after having spent days in the street following their asylum request in Madrid, Spain, November 21, 2018. (REUTERS Photo)
by Nov 26, 2018 12:00 am

The United Nations emergency fund released $9.2 milllion to Venezuela on Monday to fund humanitarian programs including health and nutritional assistance to women and children, its first allocation in the crisis, a U.N. spokesman said.

The agreement represents a turnaround for the socialist government of President Nicolas Maduro, who blames sanctions for the political and economic crisis that has wracked his oil-rich country, and has largely refused international assistance.

Venezuela's Information Ministry did not immediately respond to a request for comment on the U.N. program.

"It is the first release of CERF money for the current situation in Venezuela," a U.N. official told Reuters.

Venezuela, an OPEC member, is reeling from hyperinflation, major food and medicine shortages and rampant crime, which have led some 3 million people to flee the country, most of them since 2015, according to U.N. figures.

The exodus to neighbouring countries, which has accelerated in the past six months, amounts to around one in 12 of the population.

Some U.N. funds will go to help "people on the move in the border communities in the states of Apure, Tachira and Zulia", in western Venezuela along the border with Colombia, the the CERF statement said. Colombia is sheltering 1 million Venezuelans, with some 3,000 more arriving each day.