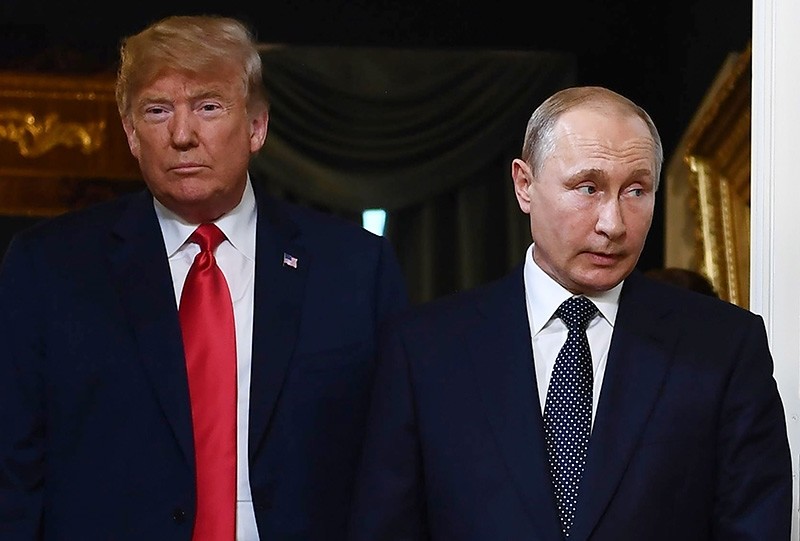 President Donald Trump abruptly canceled a planned meeting with Russian President Vladimir Putin as he headed to the Group of 20 Nations summit Thursday, citing Russia's seizure of Ukrainian vessels as a source of tension in a relationship he has fostered in the face of criticism.

Trump tweeted his decision from Air Force One shortly after his former lawyer, Michael Cohen, revealed he had lied to Congress to cover up that he was negotiating a real estate deal in Moscow on Trump's behalf during the Republican presidential primary in 2016.

"Based on the fact that the ships and sailors have not been returned to Ukraine from Russia, I have decided it would be best for all parties concerned to cancel my previously scheduled meeting... in Argentina with President Vladimir Putin," Trump said on Twitter.

"I look forward to a meaningful Summit again as soon as this situation is resolved!" he added, posting just after he left Washington for Buenos Aires.

The news ensured any meeting with Putin would spotlight the special counsel's investigation into whether the Trump campaign colluded with Moscow during the campaign. Trump has denied any wrongdoing and on Thursday called Cohen a "weak person" looking for a reduced sentence.

The last-minute move kicked off a global economic meeting expected to be dominated by Trump's seat-of-his-pants diplomacy. The Putin meeting — a continuation of a controversial summit between the two in July — was just one of a series of high-stakes items on Trump's agenda, which also includes talks with Chinese President Xi Jinping on how to ease a rising trade war.

Although Trump had previously floated canceling the meeting with Putin, White House spokeswoman Sarah Huckabee Sanders told reporters he did not make the final decision until boarding the plane for Argentina and speaking with national security adviser John Bolton and Secretary of State Mike Pompeo. The Kremlin said it had not been formally notified of the decision, which came hours after Moscow said the meeting was on track.

Sanders also told reporters on Thursday that Trump's meetings with President Recep Tayyip Erdoğan and South Korea's Moon Jae-in at the G-20 summit will be "pull asides" rather than formal bilateral meetings. She did not offer any explanation for those changes to the schedule.