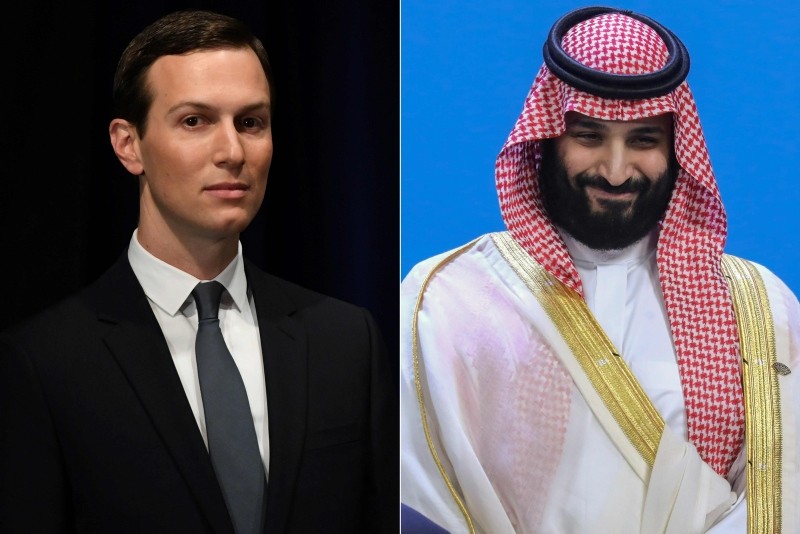 The reason why the U.S. under President Donald Trump has become so close to Saudi Arabia is due to the friendship cultivated between Crown Prince Mohammed bin Salman and Jared Kushner, The New York Times said Saturday.

"The relationship between Jared Kushner and Mohammed bin Salman constitutes the foundation of the Trump policy not just toward Saudi Arabia but toward the region," Martin Indyk, a fellow at the Council on Foreign Relations, told The Times.

Kushner, Trump's adviser and son-in-law, and bin Salman have been exchanging private, one-on-one messages with each other through WhatsApp, the newspaper reported.

After the White House had imposed restrictions on Kushner's conversations, the two were still continuing their contacts, reaching a point where they have become on a first-name basis with one another.

Their communication went on even in the aftermath of the killing of Jamal Khashoggi.

With the world watching, after initially saying he had left the consulate alive, weeks later the Saudi leadership admitted he was killed there.

It was Kushner who had become the crown prince's "most important defender" in the White House after the killing, several people familiar with the matter told The Times.

"Mr. Kushner has offered the crown prince advice about how to weather the storm, urging him to resolve his conflicts around the region and avoid further embarrassments," the paper said.

According to The Times, the relationship between Kushner and bin Salman, fostered over the past two years, has been a focal point in Trump's embrace of Saudi Arabia, and then becoming one of the U.S.' most important allies.

After the 2016 presidential election, a group of Saudi delegates met with Kushner, and then reported back to Riyadh that Kushner had been satisfied in Saudi Arabia's role in fighting terrorism, along with a proposal to share intelligence to help fight against extremism, according to a presentation prepared by the delegation.

The delegation had invited Trump to come to Riyadh, and Kushner pushed for it to happen in the weeks after the president was inaugurated.

"By the time of the inauguration Mr. Kushner was already arguing that under the influence of Prince Mohammed, Saudi Arabia could play a pivotal role in advancing a Middle East peace deal," The Times said, citing three people familiar with the matter.

Visits by Kushner to Saudi Arabia also coincided with moves by bin Salman to consolidate power in the kingdom.

While Kushner continues to push that the U.S. must stand by bin Salman, it is unsure whether he can be the key to the Trump administration's Middle East strategy.

The main interest of Kushner is the Palestinian-Israeli conflict. Israeli Prime Minister Benjamin Netanyahu was a family friend to the Kushners, The Times noted.

"[Bin Salman's] initial approaches to the Palestinians were rejected by their leaders, and their resistance stiffened after the Trump administration recognized Jerusalem as Israel's capital without waiting for a negotiated agreement on the city's status," The Times wrote.