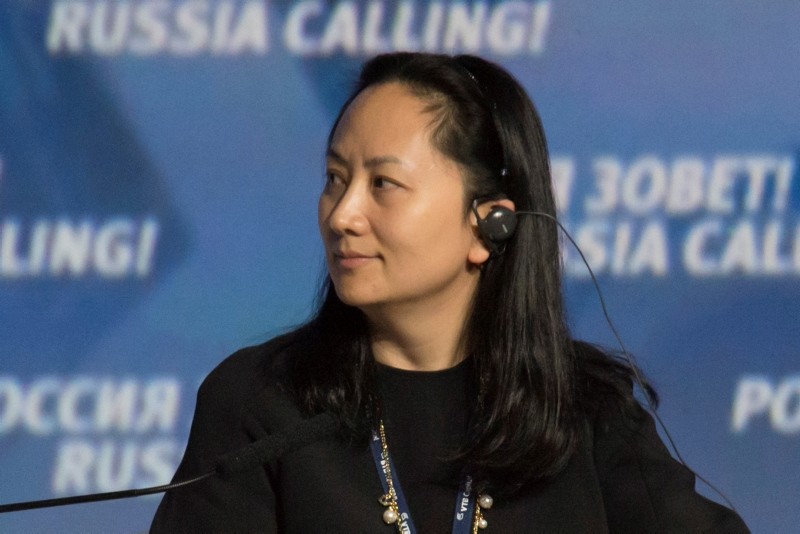 A Canadian court granted bail on Tuesday to a top Chinese telecom company executive wanted in the United States in a case that has rattled relations between China and the North American allies.

The conditional release of Meng Wanzhou, the chief financial officer of Huawei, came hours after the detention of a former Canadian diplomat in Beijing further stoked tensions.

Meng, who faces a U.S. extradition bid on charges related to alleged violations of Iran sanctions, was granted bail of CA $10 million Canadian dollars ($7.48 million), ordered to surrender her passport and will be subjected to electronic monitoring.

"The risk of (Meng's) non-attendance in court can be reduced to an acceptable level by imposing the bail conditions proposed by her counsel," a judge in Vancouver said, prompting the courtroom packed with her supporters to erupt in cheers.

She was later released and left in a black SUV, according to Global News television footage. She will be allowed to stay at a luxury home owned by her husband, Liu Xiaozong, in Vancouver.

Her December 1 arrest in Vancouver has shaken China's relations with Canada and the United States, and raised concerns that it could derail a U.S.-China trade war truce.

U.S. officials have said the arrest was unrelated to the trade talks, but President Donald Trump told Reuters he "would certainly intervene" in the case if it can help strike a deal with China.

Huawei is a strategically key company for China's global high-tech ambitions but some of its services have been blocked in the United States, Australia, New Zealand and Britain over security concerns.

Meng, who is the daughter of Huawei's founder, is accused of lying to bankers about the use of a covert subsidiary to sell to Iran in breach of sanctions. If convicted, she faces more than 30 years in prison.

The extradition process, scheduled to start on February 6, could take months, even years, if appeals are made in the case.

Her lawyer, David Martin, argued that she was not a flight risk because it would otherwise "embarrass China itself." She had also cited health reasons for requesting bail.

During a pause in proceedings, Martin said Meng looked forward to a break from work and spending time with family, read novels and maybe apply to a doctorate program while the extradition case played out after "working hard for 25 years."

Huawei said in a statement it was confident that the courts would "reach a just conclusion" in the case and stressed that the company complies with all laws and sanctions.

"This has our attention at the very highest level of our government," said Canadian Foreign Affairs Minister Chrystia Freeland.

China had warned Canada of "grave consequences" over Meng's arrest as it demanded her release, although Canada said no link between the two cases had been established.

"There is no coincidence in China," Saint-Jacques told Agence France-Presse (AFP). "In this case it is clear the Chinese government wants to put maximum pressure on the Canadian government."

Some 20 Chinese police officers patrolled outside Canada's Embassy on Wednesday but they refused to explain their presence.

Kovrig, a Mandarin speaker, was a political officer at the embassy from 2014-2016 who met with dissidents and traveled to China's restive far west Xinjiang region, Saint-Jacques said.

He took an unpaid leave from the embassy because he "loves China" and wanted to continue to work in the country, the former ambassador said.

"It's easy to concoct espionage accusations against someone in China," he said.

"When I learned the news this morning it deeply saddened me because Michael was a good political officer, but he is not a spy at all," Saint-Jacques said.

The U.S. State Department called on China to "end all forms of arbitrary detentions."

China's state security and foreign ministries did not immediately respond to faxed questions.

Brussels-based ICG said in a statement that it has received no information about Kovrig since his detention and is concerned about his health and safety.

"Michael did not engage in illegal activities nor did he do anything that endangered Chinese national security," ICG President Robert Malley told AFP.

"He was doing what all Crisis Group analysts do: undertaking objective and impartial research."