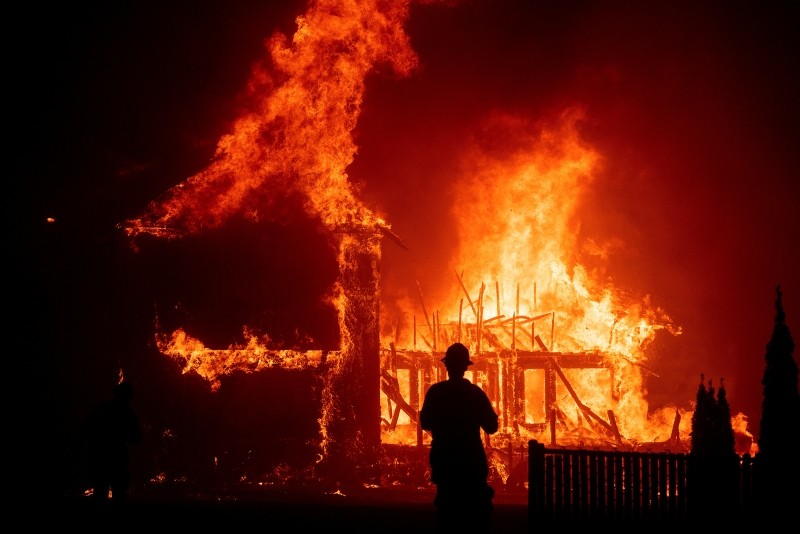 About $7 billion in claims are from the Camp Fire that destroyed the Northern California city of Paradise and killed at least 86 people, making it the deadliest U.S. wildfire in at least a century. The rest is for the Woolsey and Hill fires in Southern California.

Collectively, the fires destroyed or damaged more than 20,000 structures, with the vast majority in and around Paradise. On Tuesday, state and federal authorities estimated it will cost at least $3 billion to clear debris.

"The devastating wildfires of 2018 were the deadliest and costliest wildfire catastrophes in California's history," Insurance Commissioner Dave Jones said, adding that "behind the insured loss numbers are thousands of people who've been traumatized by unfathomable loss."

There are more than 28,000 claims for residential personal property, nearly 2,000 from commercial property and 9,400 in auto and other claims for the fires.

That's well above the number of claims filed following a series of fires that tore through Northern California's wine country last year. Losses from those fires were initially pegged at $3.3 billion but eventually grew to $10 billion.

The cleanup costs for last month's fires also will far surpass the record expense of $1.3 billion the U.S. Army Corp of Engineers spent on debris removal in Northern California in 2017.

Ghilarducci said the state OES will hire auditors and monitors to watch over the debris removal in hopes of cutting down on the number of over-eager contractors.

He said the U.S. Corps of Engineers was asked to lead the effort last year because state resources were stretched thin after responding to more than a dozen wildfires. This year, he said state officials can manage the cleanup and costs will be shared among state, federal and local authorities.

Cleanup is expected to begin in January and take about a year to complete, Ghilarducci said. State and federal officials are currently removing hazardous household materials from the damaged properties.