Brazilian President-elect Bolsonaro under scrutiny over suspicious payments to family 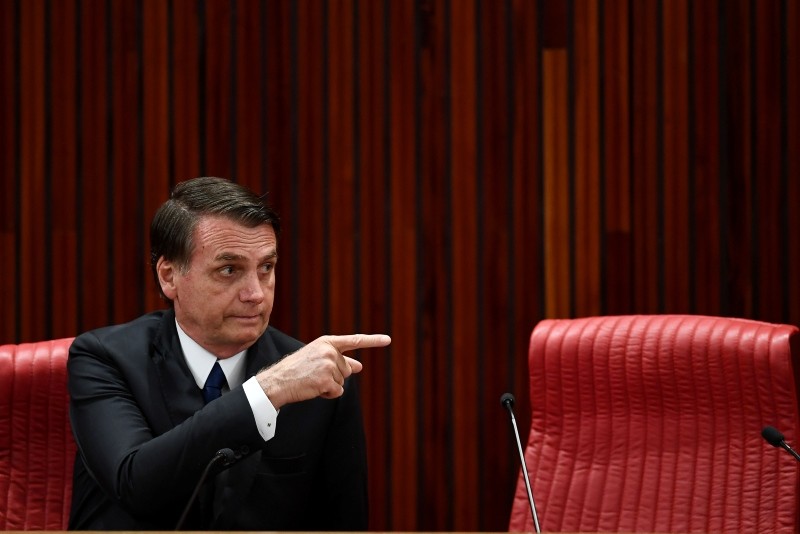 Brazil's President-elect Jair Bolsonaro faced growing scrutiny Thursday as a government financial crime unit questioned payments made to his son and wife that totaled more than $300,000.

Bolsonaro, who takes office January 1 after winning election as a right-wing anti-corruption crusader, acknowledged in a Facebook video feed posted late Wednesday that the payments by a former aide, Fabricio Jose de Queiroz, were being examined by COAF, the financial crimes unit.

"If an error has been made, by me, by my son, or by Quieroz, we will pay the bill for this error, because we cannot be caught up in the error of anybody," he said.

"It hurts because what we hold to most firmly is fighting corruption and, whatever happens, when I am president we will fight corruption using all weapons available to the government, including COAF."

Bolsonaro easily won Brazil's presidential elections in October amid widespread public disenchantment over a series of mega corruption scandals that tarnished his predecessors.

At issue are 1.2 million reais ($300,000) in payments made to Bolsonaro's son Flavio, a lawmaker for Rio de Janeiro state who will be a federal senator from next year.

The payments were made by Queiroz, a police officer who had served for years as Flavio Bolsonaro's chauffeur and bodyguard. They raised suspicions because they exceed his income.

COAF is also looking into 24,000 reais ($6,200) Quieroz deposited via checks into the account of Bolsonaro's wife, Michelle Bolsonaro. The future president has said they were reimbursements for a loan he had made to his son's aide but not declared.

Bolsonaro had been for days avoiding journalists who wanted to question him about the matter. Quieroz, who has also avoided the media, is to speak to authorities next week.