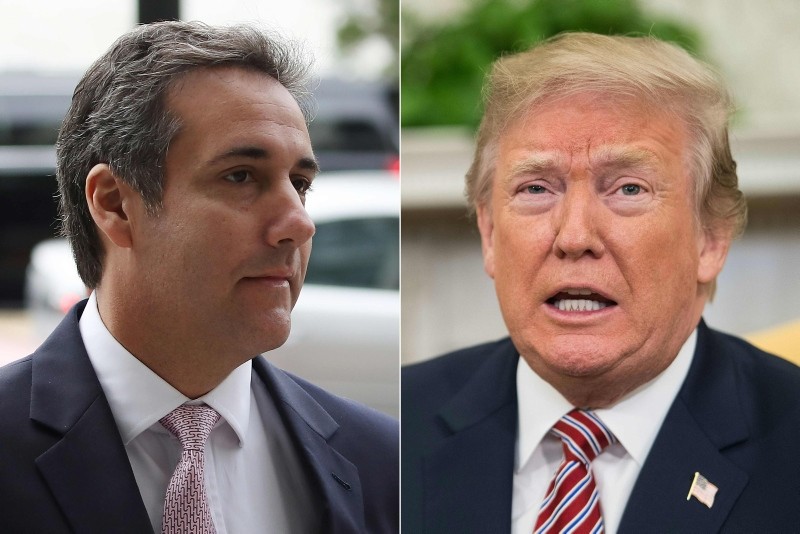 U.S. President Donald Trump on Thursday said he never told his private lawyer Michael Cohen to break the law and denied any ties to his crimes, a day after Cohen was sentenced to prison on charges that included hush money payments to women ahead of the 2016 presidential election.

"Cohen was guilty on many charges unrelated to me," Trump said in a series of Twitter posts, adding that Cohen wanted "to embarrass the president and get a much reduced prison sentence, which he did."

Cohen, who once said he would "take a bullet for Trump," was sentenced in New York on Wednesday to three years in prison after pleading guilty to orchestrating the payments that were part of the "dirty deeds" he did at the behest of Trump. Federal prosecutors said Trump ordered the payouts to protect his campaign from allegations of sexual affairs with an adult film actress and a Playboy model.

Trump faces growing political and legal risks from a months-long investigation into the payments by U.S. prosecutors, which stemmed from the larger continuing federal probe into alleged Russian interference in the election and possible collusion by Trump's campaign.

Justice Department policy is not to indict a sitting president but some legal experts have said Trump could be charged after leaving office. Democrats and other critics also have raised the issue of impeachment by Congress.

In his tweets, Trump said he had no role in Cohen's actions.

"I never directed Michael Cohen to break the law," he said. "He was a lawyer and he is supposed to know the law. It is called 'advice of counsel,' and a lawyer has great liability if a mistake is made. That is why they get paid."

Trump has denied the affairs and argued the payments to Playboy model Karen McDougal and adult-film star Stormy Daniels were not campaign contributions.

Prosecutors on Wednesday also said the publisher of the National Enquirer tabloid had struck a deal to avoid charges over its role in one of the payments made "in concert" with Trump's presidential campaign.

Cohen, who also pleaded to tax evasion and lying to Congress about a proposed Trump Organization building in Moscow, in court on Wednesday said his "blind loyalty" led him to cover up for Trump.

Trump has offered a shifting defense on the payments to the women, first saying in April that he did not know about the payments to later appearing to acknowledge they were made but saying they were unrelated to campaign finances.

In an interview with Reuters this week, he slammed Cohen for cooperating with prosecutors and said he was unconcerned about possible impeachment. He also called any of his potential business dealings with Russia "peanut stuff."