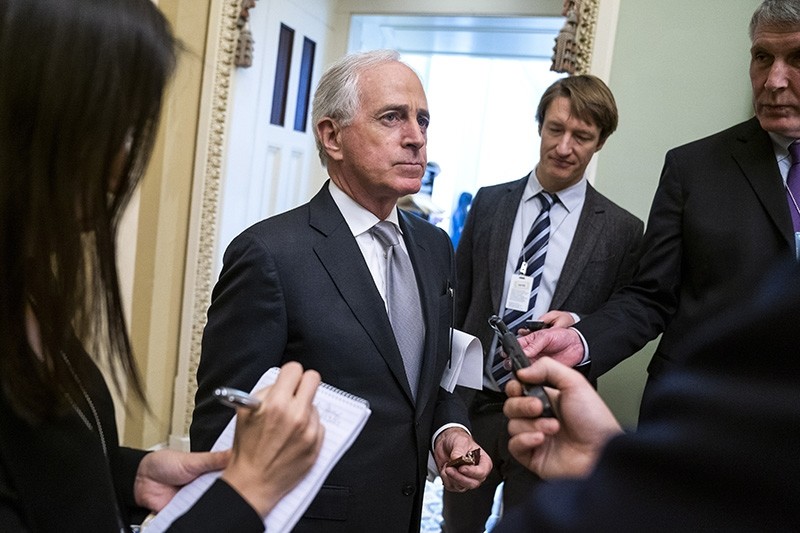 The U.S. Senate on Thursday passed a bill that directly pins the blame for the murder of Saudi dissident Jamal Khashoggi on Mohammed bin Salman, the crown prince of Saudi Arabia.

The resolution, which had the backing of Senate Majority Leader Mitch McConnell and the head of the Foreign Affairs Committee Bob Corker, also calls for the release of Saudi political prisoners, including women's rights activists.

In a warning shot, the bill also included language cautioning Saudi Arabia against purchasing arms from Russia or China, saying such moves challenge the relationship between Washington and Riyadh, creating "risks."

The bill comes on top of a resolution that also passed on Thursday that ordered the U.S. military to cease all assistance to the Saudi-led armed campaign in Yemen, including refueling of warplanes.

Anger at the dire humanitarian situation in Yemen, where tens of thousands have died of starvation, has been compounded by the murder of Khashoggi at the Saudi consulate in Istanbul. Khashoggi worked for the Washington Post newspaper.

In Congress, there are growing concerns that U.S. President Donald Trump has not taken sufficient action over Khashoggi as he lends his full support to the kingdom.

U.S. Secretary of State Mike Pompeo and Defense Secretary James Mattis briefed the Senate last month and told senators that there was "no direct reporting" or "smoking gun" to connect the crown prince to Khashoggi's death at a Saudi consulate in Turkey. But a smaller group of senators leaving a separate briefing with CIA Director Gina Haspel days later said there was "zero chance" the crown prince wasn't involved.

Pressed on a response to the slaying, Trump has been reluctant to condemn the crown prince. He said the United States "intends to remain a steadfast partner" of the country, touted Saudi arms deals worth billions of dollars to the U.S. and thanked the country for plunging oil prices.

Saudi prosecutors have said a 15-man team sent to Istanbul killed Khashoggi with tranquilizers and then dismembered his body, which has not been found. Those findings came after Saudi authorities spent weeks denying Khashoggi had been killed in the consulate.