US Senate votes to end military support in Yemen 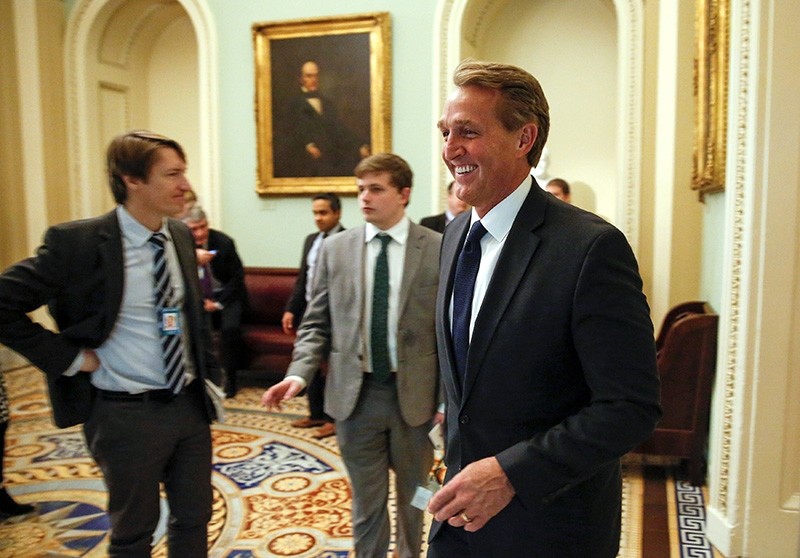 The U.S. Senate sent a fresh warning to President Donald Trump and Saudi Arabia Thursday by approving a resolution to end U.S. military support for Riyadh's war in Yemen.

The largely symbolic resolution cannot be debated in the House of Representatives before January, and would likely be vetoed in any case by Trump, who has repeatedly signaled his backing for the Saudi regime.

But the bipartisan Senate 'yes' vote sends a strong message to the White House over anger on both sides of the aisle towards Riyadh, intensified by the mounting civilian death toll in Yemen and the killing of dissident Saudi journalist Jamal Khashoggi.

In a voice vote, with no opposition, the Senate also approved a resolution condemning Khashoggi's murder and saying Saudi Crown Prince Mohammed bin Salman was "responsible" for it.

Independent Vermont Senator Bernie Sanders, who votes with the Democrats, described the vote as "a historic moment."

"Today we tell the despotic government of Saudi Arabia that we will not be part of their military adventures," he said.

"So let us go forward today... and tell the world that the United States of America will not continue to be part of the worst humanitarian disaster on the face of the earth."

Anger at the human cost of the war in Yemen, as well as outrage over the killing of the U.S.-based Khashoggi in the Saudi consulate in Istanbul, have prompted a harder line in Congress about the U.S. military's role in backing Saudi-led coalition strikes against Houthi rebels.

The rebuke of the young heir apparent to the Saudi throne is a direct challenge to Trump, who has sought to cast doubt on the crown prince's involvement in the killing and has stressed instead the importance of U.S. trade and military ties with Riyadh.

Republican Senate majority leader Mitch McConnell -- a Trump loyalist -- had called on his party to vote against the Yemen resolution although he did back the rebuke of Crown Prince Mohammed, crafted by Bob Corker, a Republican who has been critical of the president.