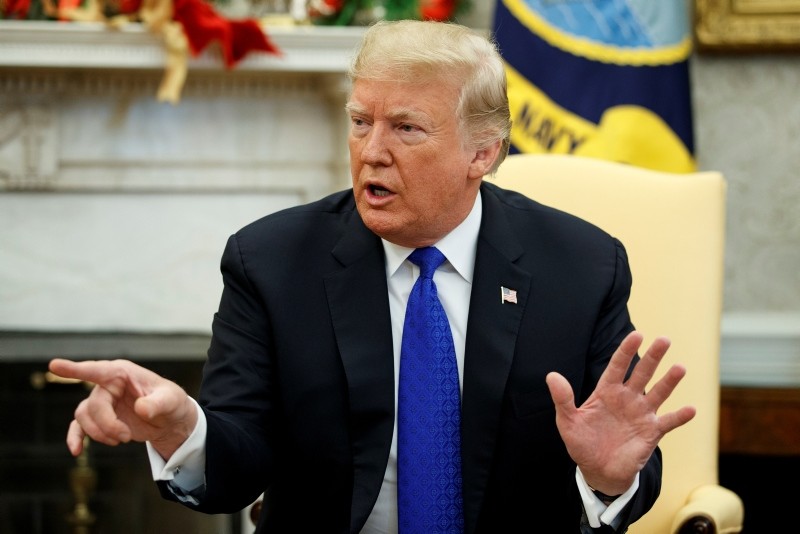 U.S. President Donald Trump took a swipe on Tuesday at America's tech giants, accusing them of having a liberal bias, and claiming Twitter was making it more difficult to follow his account.

"Twitter, in fact, has made it much more difficult for people to join @realDonaldTrump. They have removed many names & greatly slowed the level and speed of increase. They have acknowledged-done NOTHING!"

Trump is a regular critic of social media and his criticism echoed another attack on Twitter as recently as October, when he again accused the platform of stifling the growth of his account.

The internet firms have consistently denied charges of political bias and many analysts have pointed to large social media followings of conservatives including Trump.

Twitter said in a statement it has been working to weed out accounts that hide a user's true identity or seek to manipulate the platform.

"Our focus is on the health of the service, and that includes work to remove fake accounts to prevent malicious behavior," Twitter said in an emailed statement.

"Many prominent accounts have seen follower counts drop, but the result is higher confidence that the followers they have are real, engaged people."

The criticism came a day after a report for the Senate revealed Russian agents had used social media in an attempt to sway the 2016 election in Trump's favor.

An analysis for the Senate Intelligence Committee described an organized campaign by the St Petersburg-based Internet Research Agency (IRA) to hurt Hillary Clinton, the Democratic nominee.

Troll accounts marshalled by the organization had inflamed right-wing conspiracy theories and suppressed the vote of traditionally liberal-leaning groups such as African Americans, the report said.

The study showed the IRA U.S. campaign began in 2015, aiming to mobilize conservative voters, with no specific backing for Trump at the time.

But as the then-candidate gained support, and especially when he drove his anti-immigrant message, the IRA posts turned in his favor.

While the study did not draw any lines between the IRA propaganda and the election results — Republican Donald Trump stunned Clinton to take the White House — post-election data suggests some impact.

According to the Pew Research Center, white voter turnout surged in 2016 while black turnout sank by five percentage points, to 59.6 percent, from four years earlier.