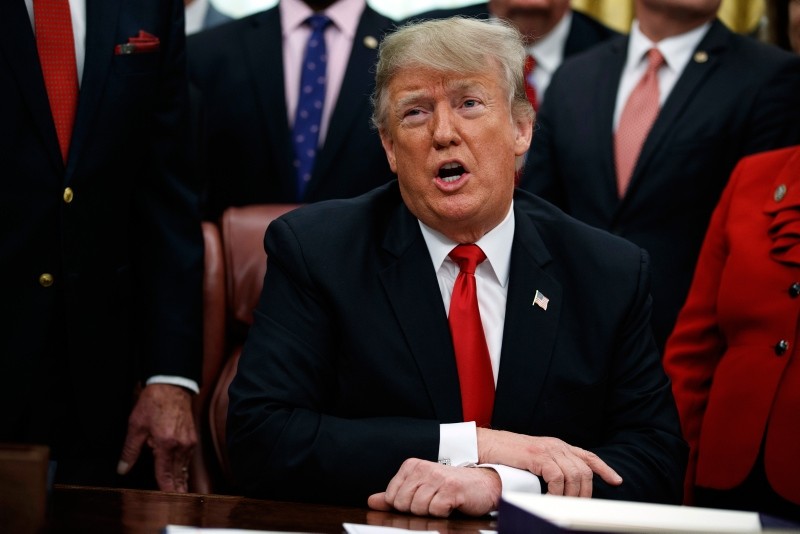 The Daesh terror group is largely defeated, and countries like Turkey can easily take care of the remaining terrorists, the U.S. President Donald Trump tweeted Friday.

The president said that the U.S. initially intended to stay in Syria for only three months, but didn't leave after seven years.

He also claimed that reports on the U.S. government shutdown and Syria are mostly "fake."

On Wednesday, Washington announced it will be withdrawing all of its troops from Syria, following a conversation between President Recep Tayyip Erdoğan and Trump over an imminent Turkish cross-border operation to eliminate PKK-affiliated People's Protection Units (YPG) from northern Syria.

Trump's Defense Secretary Jim Mattis quit on the back of the decision and Brett McGurk, U.S. special envoy for the global coalition to defeat Daesh, followed in the footsteps of Mattis a day later.