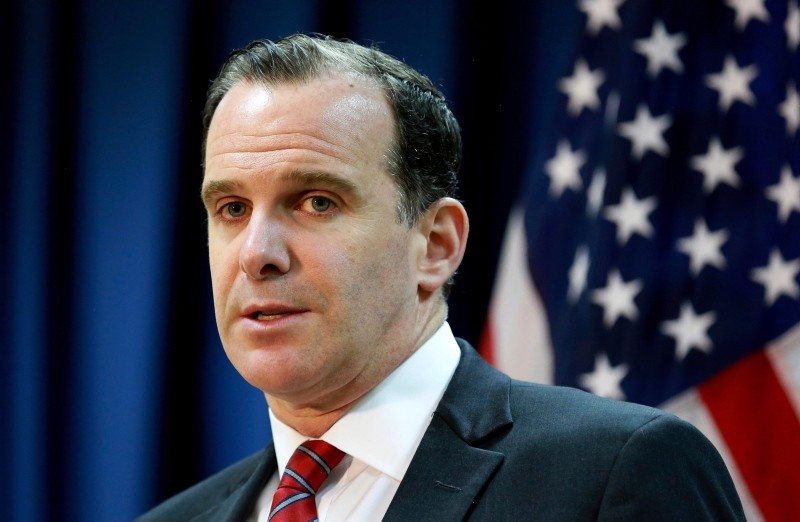 In this June 7, 2017 file photo, Brett McGurk, the U.S. envoy for the global coalition against IS, speaks during a news conference at the U.S. Embassy Baghdad, Iraq (AP Photo)
by Compiled from Wire Services Dec 22, 2018 12:00 am

Brett McGurk, U.S. special envoy for the global coalition to defeat Daesh, submitted his resignation on Friday, CBS reported on Saturday citing sources, ahead of his departure planned in February.

McGurk's resignation came as a result of "strong disagreement" with President Donald Trump's decision to pull U.S. troops out of Syria, CBS reported, and a day after Trump's Defense Secretary Jim Mattis quit on the back of same decision.

The envoy had originally planned to leave his post in 2019 but decided to accelerate his resignation over strong disagreements with Trump over the withdrawal of U.S. troops from Syria, the news channel reported quoting anonymous sources.

McGurk's resignation comes as a surprise because the envoy had told reporters at the State Department that the U.S. was going to remain committed to the fight against Daesh terrorist forces last week.

"Nobody is declaring a mission accomplished. Defeating a physical caliphate is one phase of a much longer-term campaign," McGurk told reporters.

McGurk sent in his resignation on Friday, a day after Secretary of Defense James Mattis quit saying his views were not aligned with the president. Mattis will end his post in February.