'The wall is coming': Trump posts GoT-style meme on Instagram in push for Mexico border wall 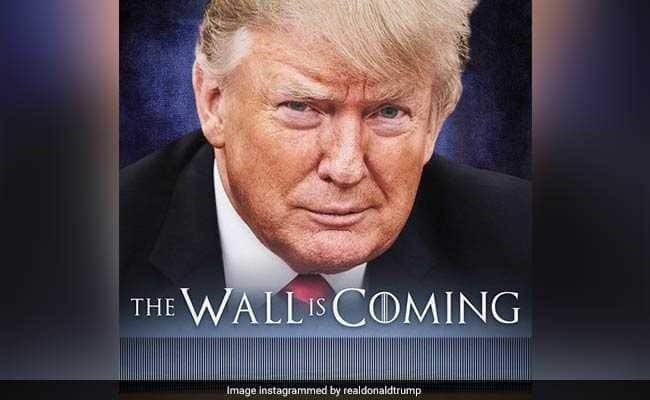 U.S. President Donald Trump turned Thursday to "Game of Thrones" -- a hit TV show that features a massive ice wall -- to push for his controversial barrier on the Mexican border.

"THE WALL IS COMING," Trump wrote in a post on Instagram that featured the font from the show's title and his picture with a border barrier at the bottom.

"Winter is coming" is an iconic phrase from the show that has been fodder for a slew of memes, which Trump previously referenced in a tweet about impending sanctions on Iran.

HBO, which airs "Game of Thrones," was unamused by the president's first nod to the program, saying in a statement carried by U.S. media that it "would prefer our trademark not be misappropriated for political purposes."

The wall in "Game of Thrones" was built to protects the land of Westeros from an army of undead foot soldiers led by villainous "White Walkers" intent on wiping out the humans living to its south.

Trump's wall -- a dispute over funding for which has led to a protracted shutdown of the U.S. government -- is aimed at keeping out Central American migrants fleeing poverty and rampant violence in their home countries.

The wall in the show -- which has played a central if silent role in its eight-season run -- ultimately fails when confronted by an undead dragon.