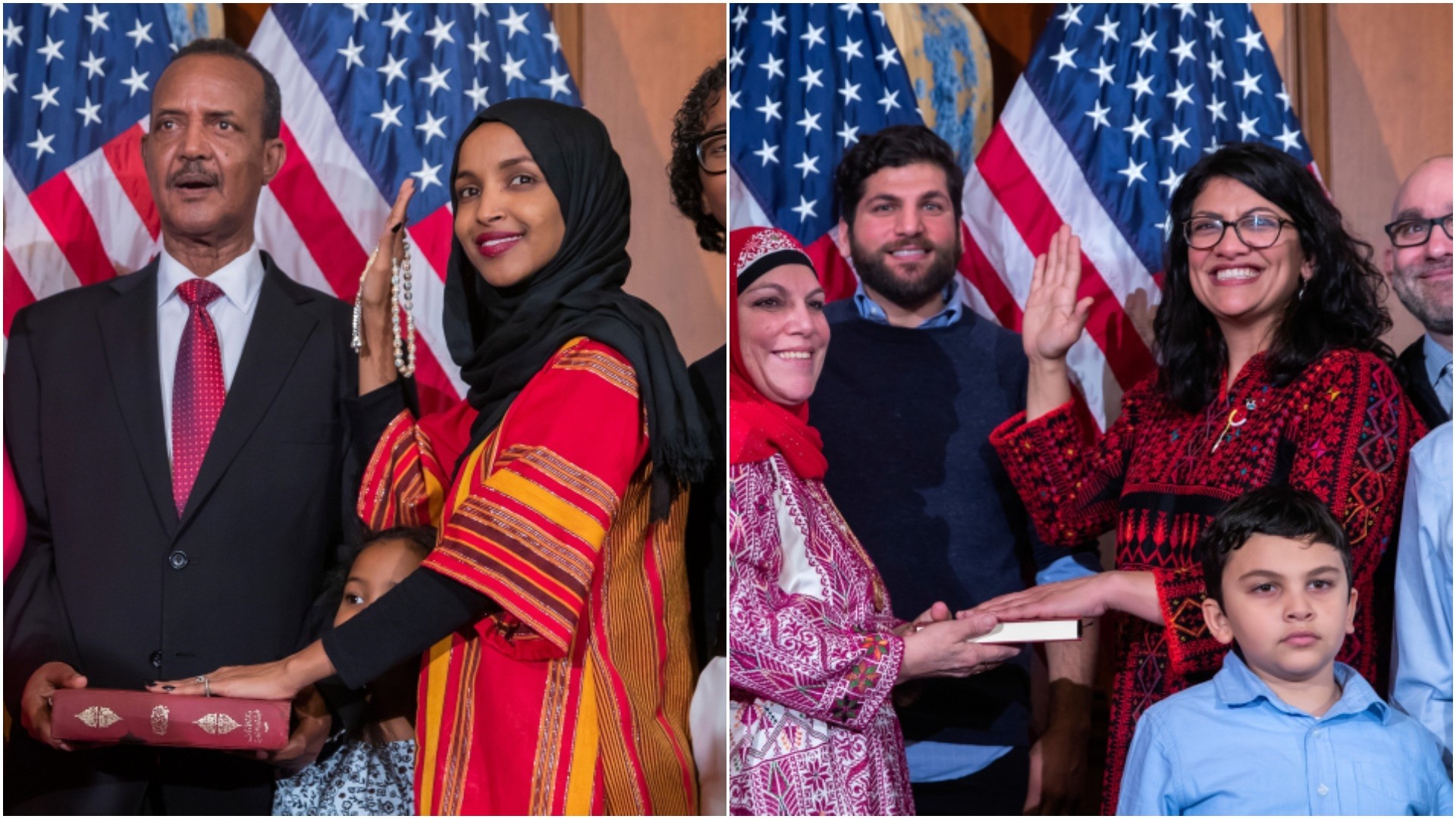 As the first Muslim congresswomen elected to the U.S. Congress, Ilhan Omar and Rashida Tlaib took their oaths of office on the Quran Thursday, with Omar using her grandfather's copy, and Tlaib opting for a personal copy.

Ilhan Omar, who made her way into the U.S. House of Representatives as Minnesota state representative, took her oath on the holy book of Islam, a Quran left to her by her late grandfather when she first came to the U.S. as a Somali refugee in 1995.

Omar shared a photograph of her oath-taking ceremony on her Twitter account with a caption, reading: "As a kid, I acted as my grandfather's translator at our caucuses and he was the one who first sparked my interest in politics. I wish he could be here to witness this historic moment, but he was here in spirit as I placed my hand on his Quran for the ceremonial swearing in."

Omar, a 33-year-old community activist, who became the first Muslim woman politician with a hijab to enter the U.S. Congress, previously shared a similar post about her family.

Sharing a photograph with her father from Washington D.C. airport on Thursday she wrote: "23 years ago, from a refugee camp in Kenya, my father and I arrived at an airport in Washington DC. Today, we return to that same airport on the eve of my swearing in as the first Somali-American in Congresss."

Any sort of headwear had previously been banned at Congress.

Omar, who lived in refugee camps in Kenya for four years, came to the U.S. at the age of 12. In the November, 2018 mid-term elections, she had a landslide victory over incumbent Rep. Phyllis Kahn, winning 41 percent of the votes and sidelining her Republican rival Jennifer Zielinski.

Meanwhile, newly elected U.S. Congresswoman and the legislature's first Palestinian female member Rashida Tlaib also took her oath on a Quran and wearing a traditional Palestinian thobe, or dress. The gesture sparked a flood of tweets.

Tlaib had originally mentioned that she planned on taking her oath with a copy of the Quran originally owned by Thomas Jefferson, the third U.S. president and a founding father, but her office confirmed to Anadolu Agency that she changed her mind and opted for her own personal copy.

When she announced last month on Instagram that she would be wearing the dress, Susan Muaddi Darraj, a fiction writer from Baltimore, Maryland, introduced the hashtag #TweetYourThobe, which went viral on Twitter after photos and videos on social media showed Tlaib walking around Congress wearing the traditional clothing.

Palestinian women took Twitter by storm posting pictures of themselves in their own thobes.

The thobe she wore featured ornate, hand-stitched embroidery known as tatreez. The craft of tatreez is a folk art that has been practiced by Palestinian women for centuries, according to The Institute for Middle East Understanding, which said mothers and grandmothers used to pass down designs with different motifs and colors associated with different Palestinian towns and villages.

The congresswoman wrote in Elle magazine that she grew up watching her mother hand-stitch these types of dresses.

"Throughout my career in public service, the residents I have had the privilege of fighting for have embraced who I am, especially my Palestinian roots," Tlaib wrote. "This is what I want to bring to the United States Congress, an unapologetic display of the fabric of the people in this country."