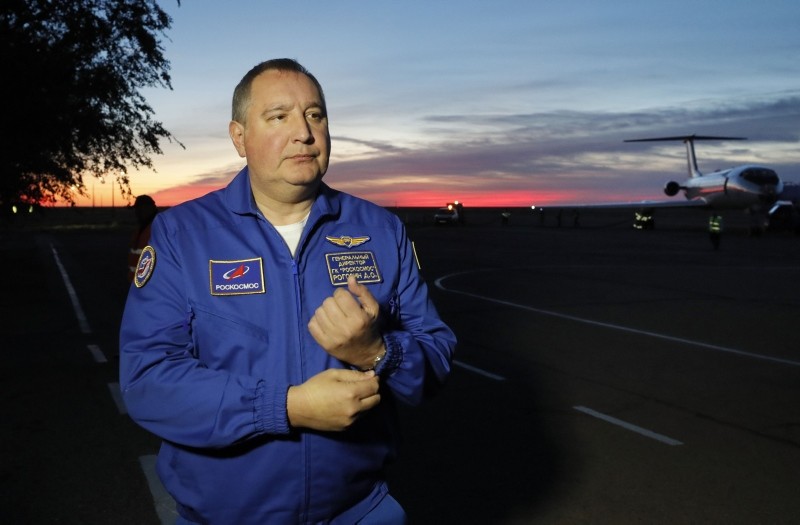 NASA Administrator Jim Bridenstine rescinded an invitation to the head of the Russian space agency to visit the United States after members of Congress pointed out that he is on a U.S. sanctions list, a news report said Saturday.

Bridenstine said that the invitation was an attempt to maintain relations with Dmitry Rogozin, the head of Roscosmos. But he told the Washington Post he withdrew it after hearing from numerous senators "suggesting that this was not a good idea."

The invitation had set off alarms among hawks in Congress, who noted that sanctions typically bar people from entering the U.S.. Rogozin was placed on a sanction list in 2014 in response to Russia's military actions in Ukraine.

Rogozin, appointed by President Vladimir Putin in May last year and previously a deputy prime minister, is blacklisted and under US sanctions over Russia's actions in Ukraine.

Russia's Roscosmos space agency said in a statement that "it expects official explanations of NASA's position" and stressed that Rogozin's visit was planned "in accordance with an invitation received earlier."

While diplomatic relations between the U.S. and Russia are strained, cooperation between the two countries' space programmes has continued. NASA currently depends on the Russian space programme to carry its astronauts to the International Space Station (ISS).

The Russian news agency TASS said Saturday that Roscosmos is waiting for an explanation. It quoted a Roscosmos statement as saying cooperation between NASA and Roscosmos on the ISS and other space programmes "has not been suspended as of yet."

Senator Jeanne Shaheen was among the senators who objected to the invitation to Rogozin. She said in a statement that the invitation weakened U.S. global standing "by demonstrating the ease by which Russian officials can get around transatlantic sanctions."