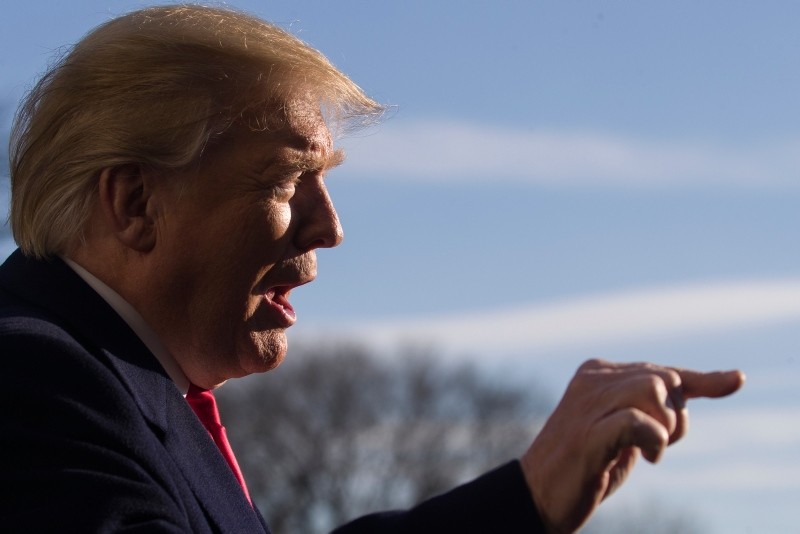 U.S. President Donald Trump on Sunday renewed his threat to declare a national emergency over border security as negotiations to end a partial government shutdown continued.

Trump said he may decide a national emergency exists "depending on what happens over the next few days," indicating a round of talks that started Saturday could last into mid-week.

Trump is standing firm on his demand that Congress provide 5.6 billion dollars in funding for a wall on the US-Mexico border to bolster security and help control illegal immigration, human trafficking and the flow of illegal drugs.

Trump is "committed to securing the border, building the wall, & working to reopen our government," Vice President Mike Pence tweeted, adding that he was holding talks at the White House with bipartisan staff from congressional leaders. Trump on Friday appointed Pence to lead his team.

Speaker of the House Nancy Pelosi on Sunday accused Trump of appearing uninterested in opening the government.

"The impression you get from the president is that he would like to not only close government, build a wall, but also abolish Congress so the only voice that mattered was his own," she said on CBS.

She said the country has a problem if Trump is "against governance" and doesn't care whether people's needs are met or that public employees are paid.

Trump and fellow Republicans have been at odds with Democrats over Trump's demand for 5.6 billion dollars in funding for a wall.

Pelosi and other Democrats have refused to include funding for a wall in spending bills for about one-quarter of the US government.

Democrats say Trump's request is too high and urge Trump to support passage of legislation funding the government immediately and then negotiate border security, including a wall, over the next few weeks.

Trump said Sunday he bent to Democrats' demand that the barrier be made of steel, which he said will be stronger and less obtrusive. He previously said it would be made of concrete.

"They don't like concrete so we'll give them steel," he said.

The stalemate over spending on border security has resulted in the partial government shutdown, now in day 16. Several hundred thousand government employees are on furlough without pay, while others are working but not receiving pay checks.

Trump said he was not happy with the situation.