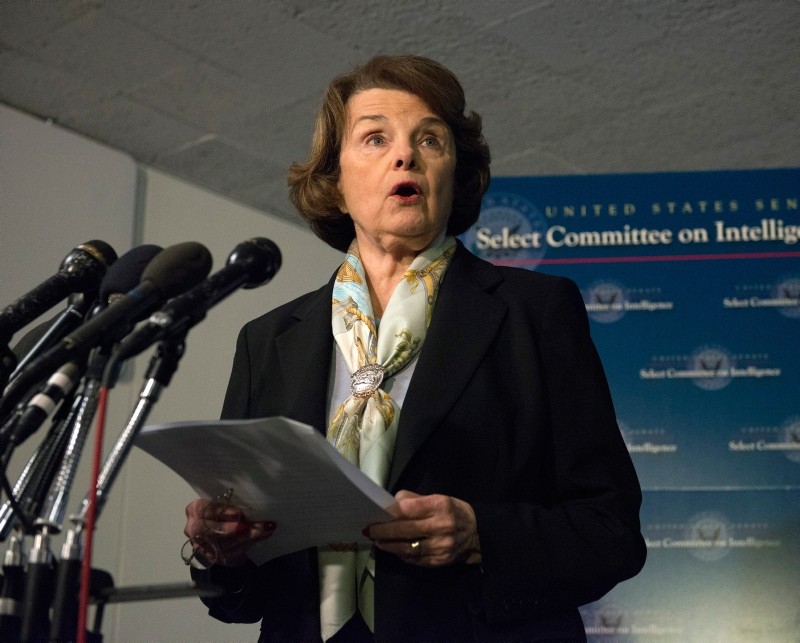 The act is part of a wider Middle East policy bill, the first to be introduced by Senate Republicans in the new Congress which began on Jan. 3.

It also comes amid a partial government shutdown over funding for U.S. President Donald Trump's border wall which is now in its 18th day.

The bill was scheduled to go before the Senate on Tuesday and will proceed to the House if it passes.

''I fail to see why this legislation is a priority during the government shutdown. The Senate has a responsibility to uphold the Constitution and keep the government running—this bill does neither,'' Feinstein said on her Twitter account.

''This Israel anti-boycott legislation would give states a free pass to restrict First Amendment protections for millions of Americans. Despite my strong support for Israel, I oppose this bill because it clearly violates the Constitution.

''Instead of wasting time on this unconstitutional bill, the Senate should instead focus on reopening the government by voting on the federal funding package the House passed last week,'' she added.

The anti-BDS legislation has been fiercely criticized by civil rights organizations such as the American Civil Liberties Union as well as by progressives and liberals across the country.

U.S. Senator Bernie Sanders also tweeted that it was "absurd that the first bill during the shutdown is legislation which punishes Americans who exercise their constitutional right to engage in political activity".

"They forgot what country they represent. This is the U.S. where boycotting is a right & part of our historical fight for freedom & equality. Maybe a refresher on our U.S. Constitution is in order, then get back to opening up our government instead of taking our rights away," Rashida Tlaib, one of the first Muslim women to be elected to Congress, said in a tweet.

More than 25 states have passed measures that confront BDS loyalists. However, those laws have already been challenged in the courts, even in the most Republican-friendly states like Kansas and Arizona.