Trump Jr. likens migrants to animals while defending his father's bid for a wall 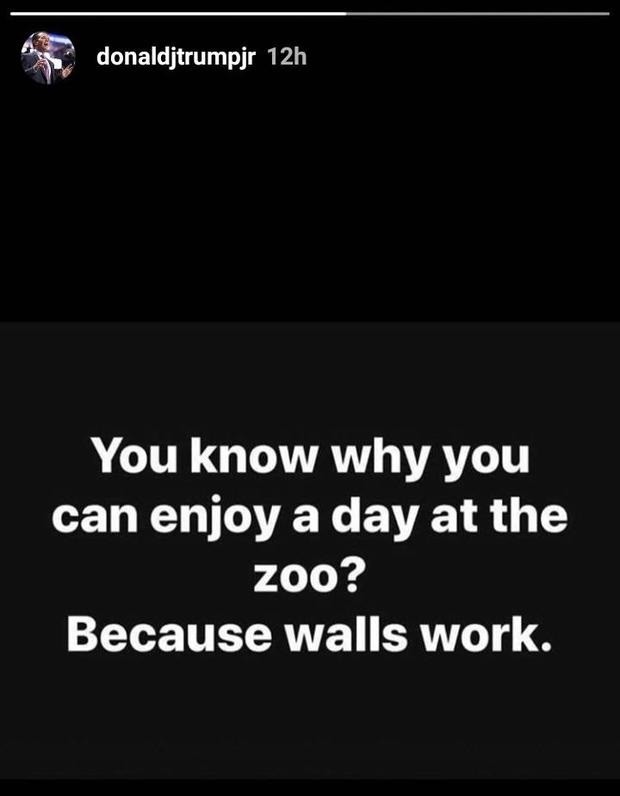 "You know why you can enjoy a day at the zoo? Because walls work," Donald Trump Jr. wrote in an Instagram story post. 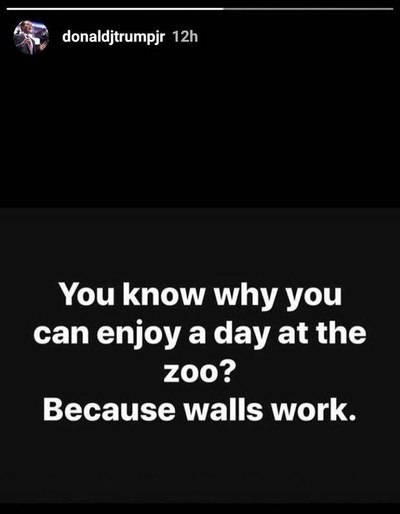 Trump's father has doubled down on his pledge to build a wall on the border with Mexico, leading to a partial shutdown of the U.S. government.

The president himself has described some migrants in similar terms, saying in May last year that: "You wouldn't believe how bad these people are, these aren't people, these are animals."

The Instagram post by Trump Jr — who has previously drawn fire for comparing Syrian refugees to a bowl of potentially deadly Skittles candy — drew criticism on social media.

"This is racism on steroids," one user wrote on Twitter, while another tweeted: "The only zoo animal is Junior himself."