Rape victim who gave birth in coma may not have showed pregnancy signs: experts 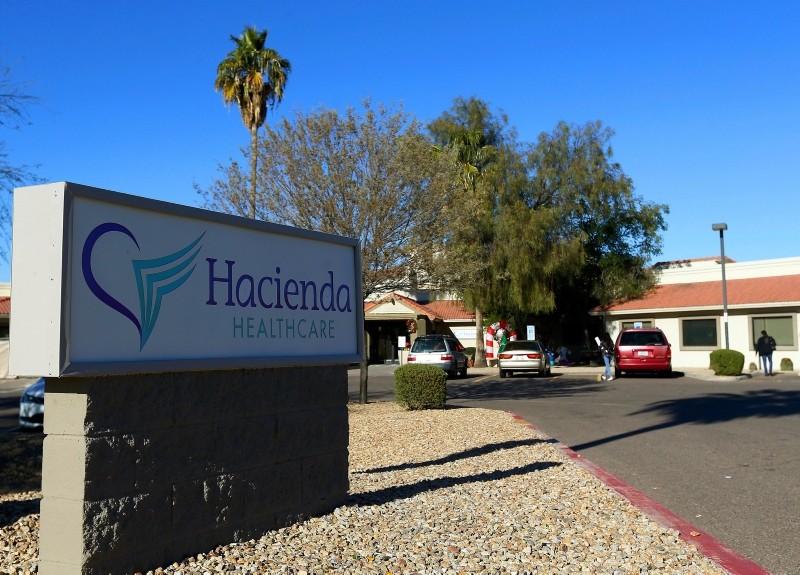 A doctor examined an Arizona woman in a vegetative state nearly nine months before she gave birth but did not find that she was pregnant, and medical experts said Thursday that it's possible she displayed no outward signs that workers who cared for her every day would have noticed either.

Police are looking for her rapist and say it appears none of the staff members at a Phoenix long-term care facility knew about the pregnancy until the baby was born Dec. 29, a notion that has drawn skepticism. But the 29-year-old woman, who is described in a medical report as having tubes to feed her and help her breathe, may not have had a swollen belly, according to a doctor of fetal medicine.

While factors remain unknown, such as how far along she was, someone who is fed the same amount from a tube every day might not show any dramatic changes that would be noticed, especially by staffers who don't work with pregnant patients, said Dr. C. Kevin Huls, a clinical assistant professor and maternal-fetal medicine fellowship director at the University of Arizona College of Medicine-Phoenix.

The mother could actually lose weight in other places like her face or arms if a fetus is consuming nutrients, Huls added.

"A good way to understand it is that really, the baby's going to continue to grow even at the expense of the mom's nutrition," Huls said. "So, her weight may not change because she's not taking in additional calories. There may be changes to her body that are going to go undetected in a chronic care condition or at a facility like this."

The revelation that an incapacitated woman was sexually assaulted inside a care facility has horrified advocates for people with disabilities and the community at large. The provider's CEO resigned this week, and the state said the center has made safety changes.

A doctor examined the woman on April 16 and found "no change" in her health, writing that the exam was external only, according to Maricopa County Superior Court documents. Her mother submitted the results of the physical as part of an annual report that state law requires of legal guardians.

Phoenix police learned of the situation when they received a call on Dec. 29 about a newborn in distress at the Hacienda HealthCare facility. Officers launched a sex crime investigation when it was determined the mother was in a vegetative state, police spokesman Tommy Thompson said.

"She was not in a position to give consent to any of this," Thompson said.

The baby and the woman are recovering at an area hospital, and their conditions were not released.

It's possible the woman won't have any additional long-term complications from giving birth. Women in a vegetative state after accidents or strokes have successfully delivered babies, Huls said.

Her family, who are members of the San Carlos Apache tribe in southeastern Arizona, said in a statement through their attorney that they will care for the baby boy.

Phoenix police, meanwhile, have not ruled out any suspects in the sexual assault. They are gathering DNA samples from the facility's male staffers and have appealed to the public for any information.

It remains unclear to investigators if the woman was raped more than once.

"I know at least once she was sexually assaulted, which is way too many times," Thompson said.

The Hacienda intermediate care facility specializes in providing around-the-clock care for infants, children and young adults with developmental disabilities or who are "medically fragile."

Since the birth came to light, Hacienda HealthCare has implemented increased safety measures, including more than one staff member being present during patient interactions and more scrutiny of visitors.

The company has said it welcomes DNA testing of its male staffers and is cooperating in the investigation.