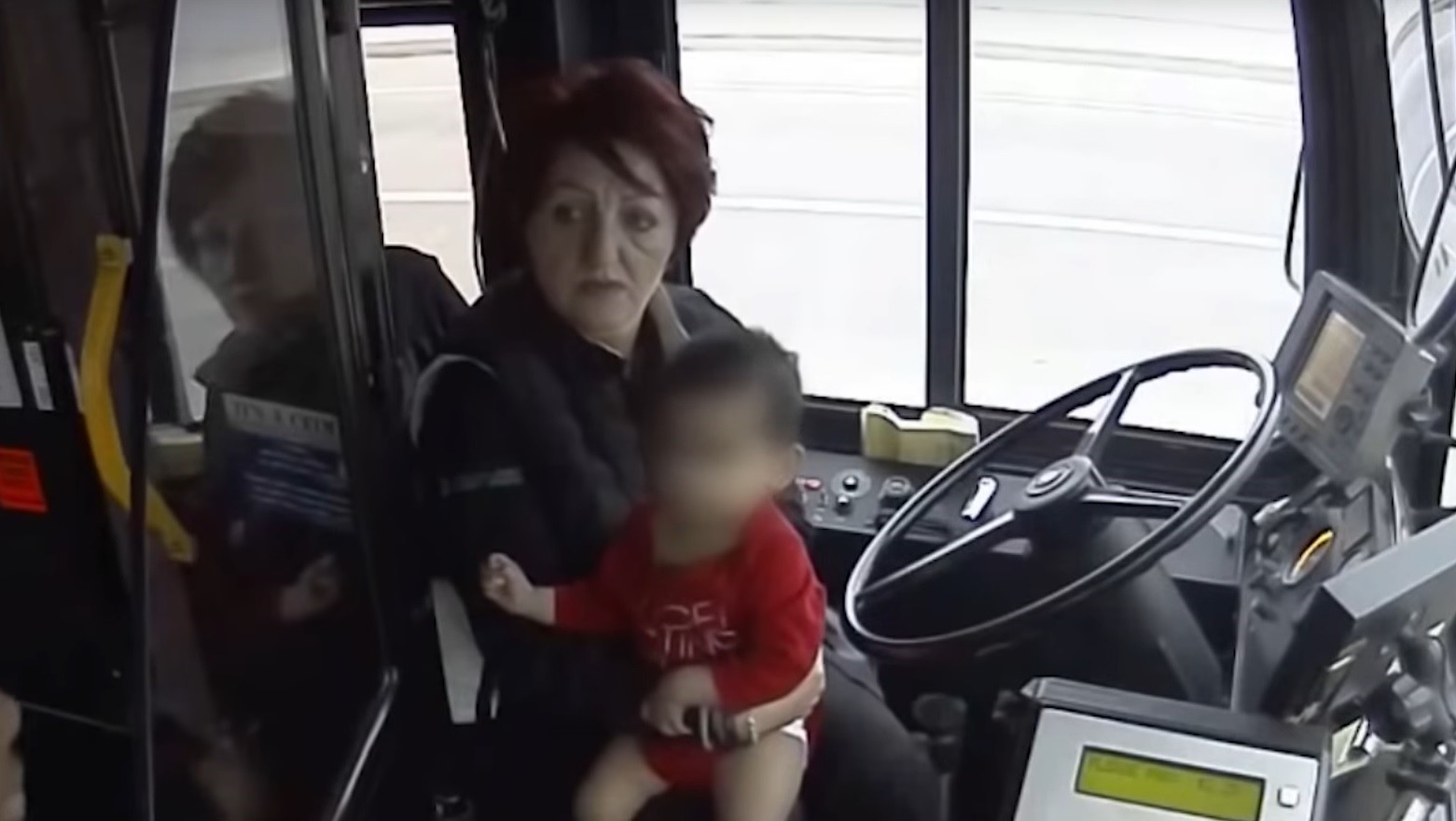 Screengrab from video shows driver Irena Ivic with the toddler inside the bus.
by Daily Sabah Jan 25, 2019 11:52 am

A female bus driver in the U.S. stopped her daily routine to pick up a passing 19-month-old toddler allegedly left outside in the cold all alone by her mother, camera footage revealed on Thursday.

Milwaukee County Transit System driver Irena Ivic saw the barefoot toddler wandering dangerously close to the road all by herself and stopped her bus to rush to the child.

Ivic hugged the toddler and carried her to the bus, where one of the passengers offered her coat to drape it around the girl in the freezing weather.

"I'm just grateful I was in the right place at the right time," Ivic said at a commendation ceremony held in her honor on Thursday.

"I absolutely love kids. I used to be a teacher and I have children of my own, so I'm so happy I was able to help this sweet, innocent baby," Ivic said.

According to statements made by the transit system officials, the girl was left by her mother, who had a mental disorder, and was later safely reunited with her father.

This is the ninth time a lost or missing child has been found by a Milwaukee County Transit System driver in recent years, the statement said.