US-bound caravan with 600 migrants sets out from Honduras 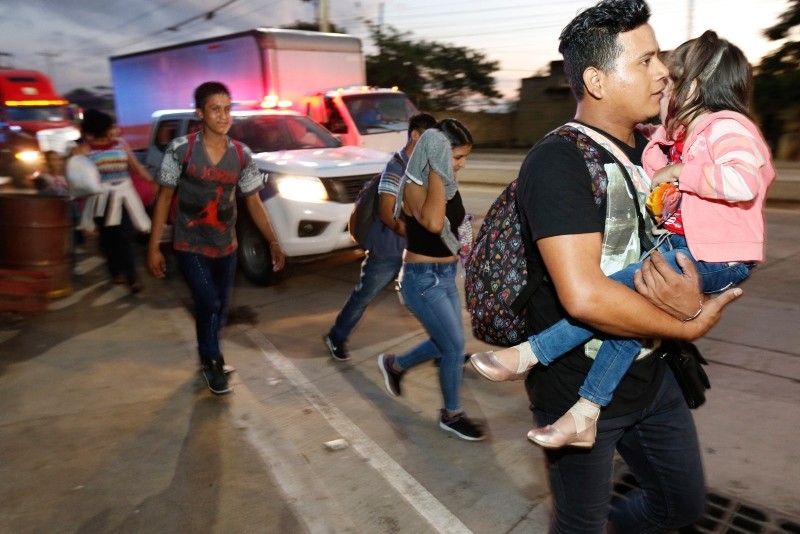 Another caravan of Central American migrants has set out from Honduras seeking to reach the U.S. border, following the same route used by thousands last year in at least three caravans.

About 600 migrants gathered under a steady rain late Monday at the bus station in the violent city of San Pedro Sula and decided to set out in the darkness, hours before their intended Tuesday departure.

About 300 people, mainly women and children, clambered aboard 30 small buses, intent on reaching the Guatemalan border.

Another 300 or so began walking in the rain toward the border town of Agua Caliente late Monday. One passing man asked a journalist for his umbrella, saying he feared his daughter would get sick in the rain.

As they walked, some migrants pleaded with local store owners to give them food or water for their journey.

More people continued to arrive at the bus station, making it likely the caravan's numbers would grow as additional migrants set out Tuesday.

One woman, who refused to give her name because of safety concerns, said her 9-year-old daughter had already been raped so badly she suffered medical problems.

The mother, who worked at a bakery, said she was taking her daughter and 13-year-old son to the United States.

Once there, she said she would ask U.S. authorities for asylum or refugee status, "because it's not possible to live in Honduras anymore."

The new caravan is almost certain to both raise tensions and garner support along its route through Guatemala and Mexico to the U.S. border.

It was unclear whether the caravan planned to go to Tijuana, the Mexican border city where thousands of migrants from the first three caravans have been largely marooned since November.