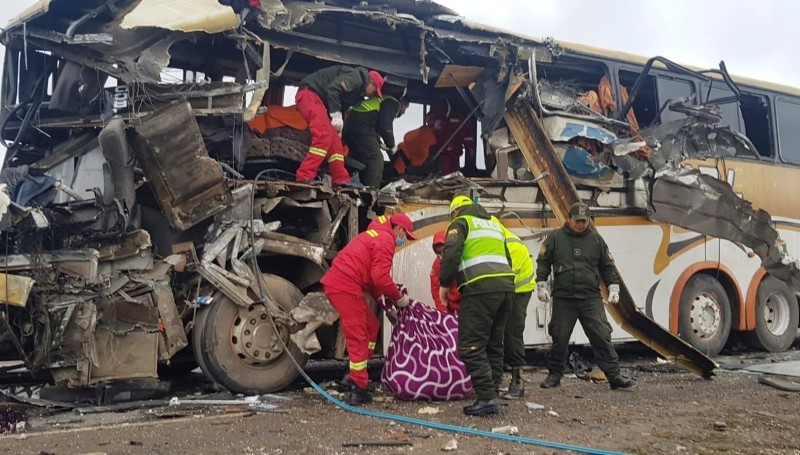 Police in Bolivia say a head-on highway collision between two buses has killed at least 22 people and injured 37 others.

The accident occurred Saturday on the road to Challapata, a town about 250 kilometers (155 miles) from the main city of La Paz. Police said the crash happened along the road that connects Oruro and Potosi, both high altitude cities above 12,000 feet (3,657 meters).

Col. Freddy Betancur, commander of the police in the central Oruro region, told The Associated Press: "There are seriously injured who have been transferred to the nearest hospitals."

Challapata Mayor Martin Feliciano told the AP that the death toll may rise.

A police report said that the accident was due to excessive speed and one of the buses may have driven into the oncoming lane.

Such bus accidents have become increasingly common in Bolivia.

Many of the country´s roads, including those that drop down from the capital city of La Paz, are carved from steep slopes of the high Andes mountains and are known to be treacherous.

Another similar bus crash killed 16 in December along the route between La Paz and Achacachi.