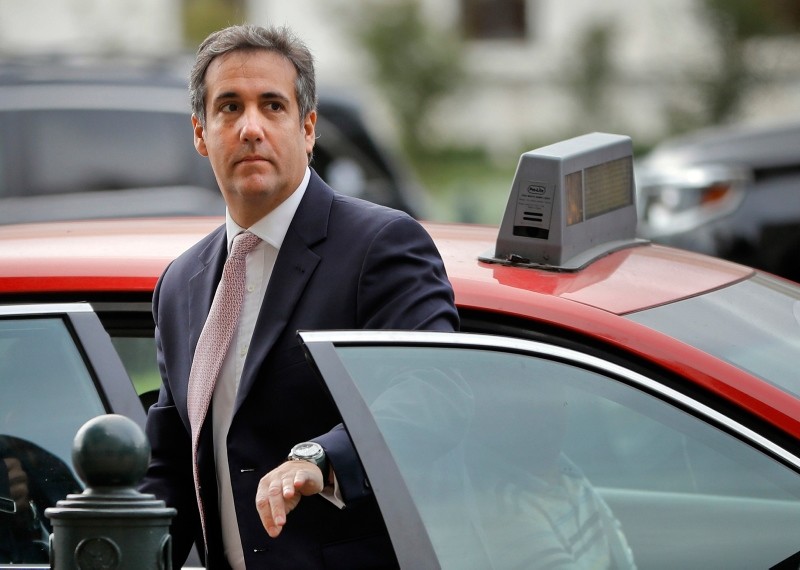 The threats were unspecified, but allegedly came from both the president and his current personal lawyer Rudy Giuliani, according to a statement from Davis.

Cohen had been scheduled to appear before the House Oversight Committee on February 7 to testify about his work for Trump, including contacts with Russia during the 2016 election and hush payments he made allegedly at Trump's direction to two former lovers of the president.

"Due to ongoing threats against his family from President Trump and Mr. Giuliani, as recently as this weekend, as well as Mr. Cohen's continued cooperation with ongoing investigations, by advice of counsel, Mr. Cohen's appearance will be postponed to a later date," Davis said.

"This is a time where Mr. Cohen had to put his family and their safety first," he added.

Trump and Giuliani have made repeated comments targeting Cohen's father-in-law Fima Shusterman, a businessman in the taxi cab industries in New York and Chicago.

Days after Cohen pleaded guilty on November 29 to lying to Congress over his work for Trump, the president attacked him in a tweet in which he also invoked Cohen's wife and her father.

On January 18, Trump again mentioned the father-in-law in a tweet, in which he quoted a Fox News commentator Kevin Corke:

"'Don't forget, Michael Cohen has already been convicted of perjury and fraud, and as recently as this week, the Wall Street Journal has suggested that he may have stolen tens of thousands of dollars....' Lying to reduce his jail time! Watch father-in-law!" Trump wrote.

And on Sunday Giuliani said on CNN that Trump was not trying to intimidate Cohen but defending himself, then adding:

"Of course it is if the father-in-law is a criminal in the Southern District of New York.... He may have ties to something called organized crime."