Venezuela to continue selling oil to US despite cutting diplomatic ties, Maduro says 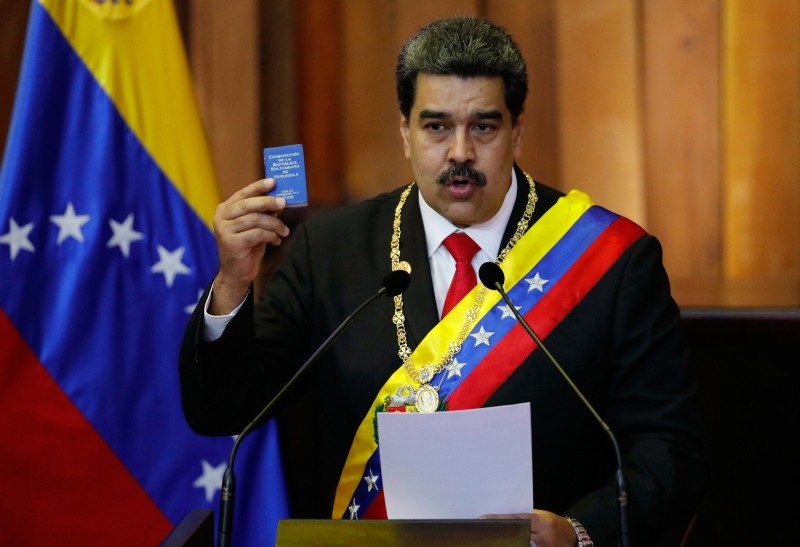 In this Jan. 10, 2019, file photo, Venezuela's President Nicolas Maduro holds up a small copy of the constitution as he speaks during his swearing-in ceremony at the Supreme Court in Caracas (AP Photo)
by Anadolu Agency Jan 26, 2019 3:59 pm

Venezuela will continue to sell oil to the U.S. despite cutting off diplomatic ties with Washington, President Nicolas Maduro said Friday.

Speaking to reporters at Miraflores Presidential Palace in Caracas, Maduro said cutting diplomatic relations would not affect oil trade with the U.S.

Venezuela has been rocked by protests since Jan. 10 when Maduro was sworn in for a second term following a vote boycott by the opposition.

Maduro quickly shot back, cutting off diplomatic relations with the U.S. and giving U.S. diplomats 72 hours to leave the country.

He has repeatedly lashed out at the U.S., saying Washington is waging an economic war against him and his government amid a sweeping sanctions campaign.