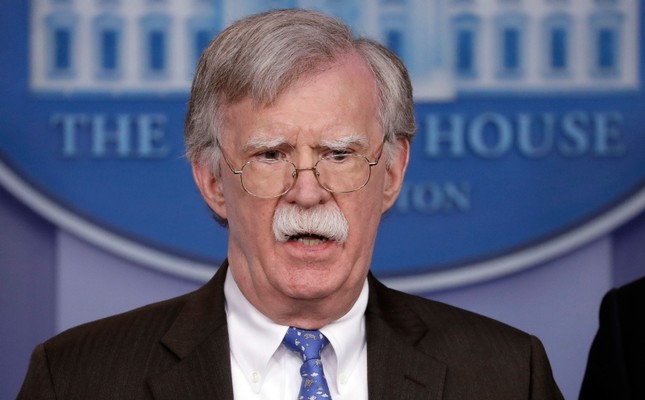 Bolton also said that the U.S. believes "Venezuelan military's rank and file is looking for ways to support Guaido."

Maduro on Sunday called on the country's military to stay in "unity and discipline" against the "imperialist coup attempt."

Security forces have become increasingly loyal to Venezuela and its constitution despite several attempts to divide the army, Maduro told soldiers during his visit to the 41st Armored Brigade in Carabobo state.

He stressed that Venezuela will keep all weapons systems, military power, operational capability, military-civil unity and militia forces ready so that "no one can touch our holy sky."

Last Wednesday, following mass demonstrations throughout the country, Gauido, president of the Venezuelan National Assembly, announced Maduro as "illegitimate" and declared himself the so-called "interim president."

Soon after, U.S. President Donald Trump put out a statement recognizing Guaido as the president of the country.

Turkey, Russia and China have also all opposed the U.S. call to support Guaido, and condemned any international interference in the affairs of Venezuela. Iran has also put its weight behind incumbent president Maduro.