US National Security Adviser Bolton calls for coup in Venezuela 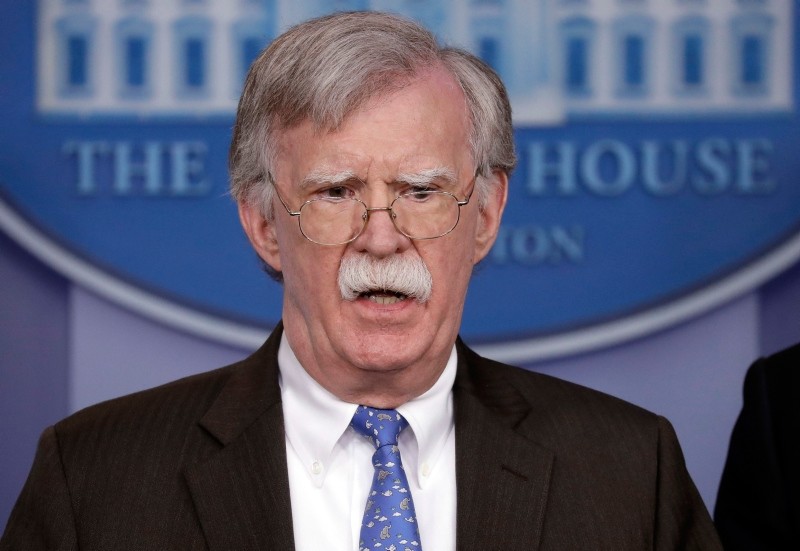 "To the Venezuelan military high command, now is the time to stand on the side of the Venezuelan people. It is your right and responsibility to defend the constitution and democracy for Venezuela!" National Security Advisor John Bolton said in a tweet.

The U.S. recognized opposition leader Juan Guaido as Venezuela's interim president 10 days ago while four major European nations -- Britain, France, Germany and Spain -- have said they will do likewise unless Maduro calls presidential elections by midnight on Sunday.

The U.S. made similar calls previously to Venezuelan military to "intervene" on behalf of Guadio.

"We repeat our call to the Venezuelan military and security forces to support democracy and protect all Venezuelan citizens," U.S. Secretary of State Mike Pompeo said on Dec 23. after Washington announced its support for Guadio.

Speaking at a demonstration marking 20 years since his predecessor Hugo Chavez came to power, Maduro ignored those demands and instead reiterated his call to bring forward parliamentary elections slated for the end of 2020 to this year.

Maduro, making his first public appearance since claiming to have survived an assassination attempt six months ago, accused Guaido of being a U.S. "puppet" in a coup d'état attempt.

The National Assembly is the only one of Venezuela's five government branches controlled by the opposition.

Guaido had earlier urged the armed forces to allow into the country humanitarian aid that would be gathered in Colombia, Brazil and a Caribbean Island.

"You, soldier... have the decision in your hands" to allow it in or not, said Guaido.

Maduro refuses to let aid into the country, claiming it would precede a U.S. led military intervention.

"We've never been nor are a country of beggars," he told thousands of his supporters in the heart of Caracas.

"There are some people who feel like beggars to imperialism and sell their homeland for $20 million," he added, referring to the amount of food and medicine aid offered by the U.S.