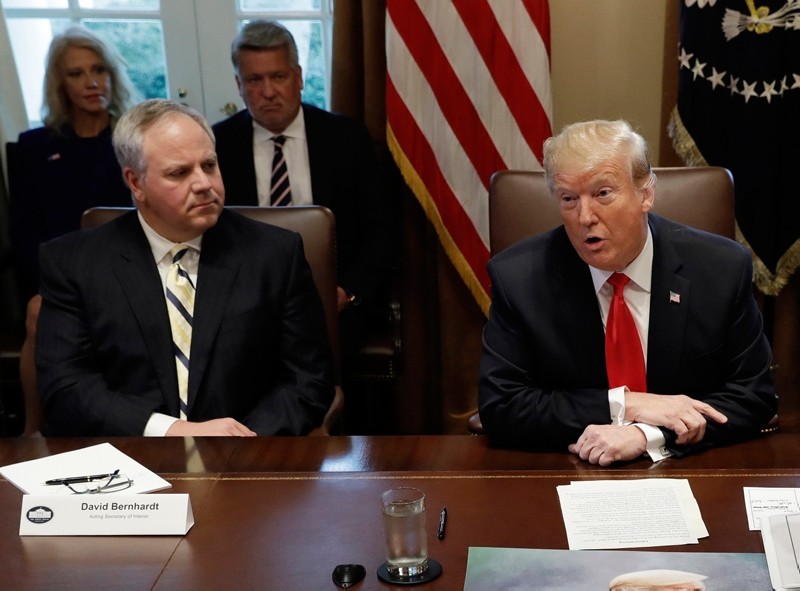 President Donald Trump said on Monday he would nominate David Bernhardt, a former energy lobbyist, to be secretary of the interior, the department that oversees U.S. public lands.

Bernhardt is currently the acting secretary at the Interior Department. He is widely expected to continue pushing the Trump administration's plan to boost domestic fossil fuels production, by opening more U.S. public lands to drilling and mining.

"David has done a fantastic job from the day he arrived, and we look forward to having his nomination officially confirmed," Trump said on Twitter.

Bernhardt would replace Ryan Zinke, who was under a cloud of ethics investigations and announced his resignation in December.

The Interior Department, which employs more than 70,000 people and oversees more than 20 percent of the U.S. land surface, has played a large role in Trump's "energy dominance" policy of boosting energy production.

As Zinke's deputy, Bernhardt played a role in efforts to open Alaska's Arctic National Wildlife Refuge to oil drilling, ease Obama-era protections on a bird called the greater sage grouse to boost drilling and mining across the West, and open federal lands to leases for coal mining.