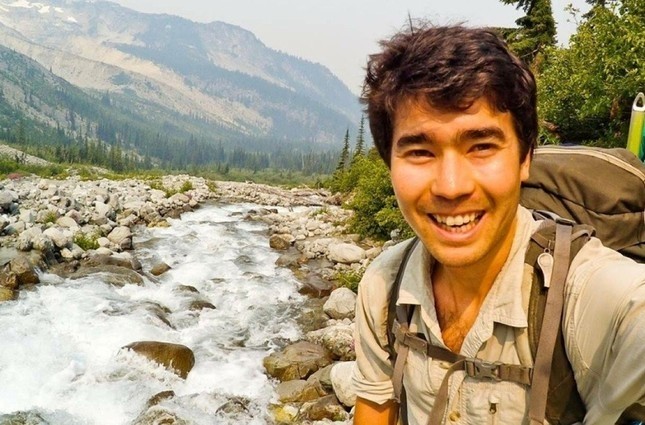 This photo shows American missionary John Allen Chau who was killed by an isolated tribe on a remote island in the Indian Ocean. (Reuters Photo via @Johnachau)
by Daily Sabah Feb 27, 2019 12:52 am

The father of John Chau, who was killed by tribesmen on India's highly isolated North Sentinel Island, blamed "extreme Christianity" for the death of his son.

"If you have (anything) positive to say about religion, l wish not to see or hear (it)," Patrick Chau told The Guardian.

He added, "John is gone because the Western ideology overpowered my (Confucian) influence," insisting that evangelicals' "extreme Christianity" pushing his son to a "not unexpected end."

Chau and his son both graduated from Oral Roberts University, an evangelical institution in the U.S. state of Oklahoma.

According to Indian authorities, John Chau, 27, died in November after being struck with an arrow fired by tribal fighters, who fiercely defend their island paradise in the Andaman Sea.

Indian ships monitor the waters around the island, trying to ensure outsiders do not go near the Sentinelese, who have resisted the outside world for thousands of years.

Chau, whose friends described him as a fervent Christian, believed God was helping him dodge the authorities as he paid fishermen to take him near North Sentinel, he wrote in notes taken while paddling his kayak toward the remote Indian island.