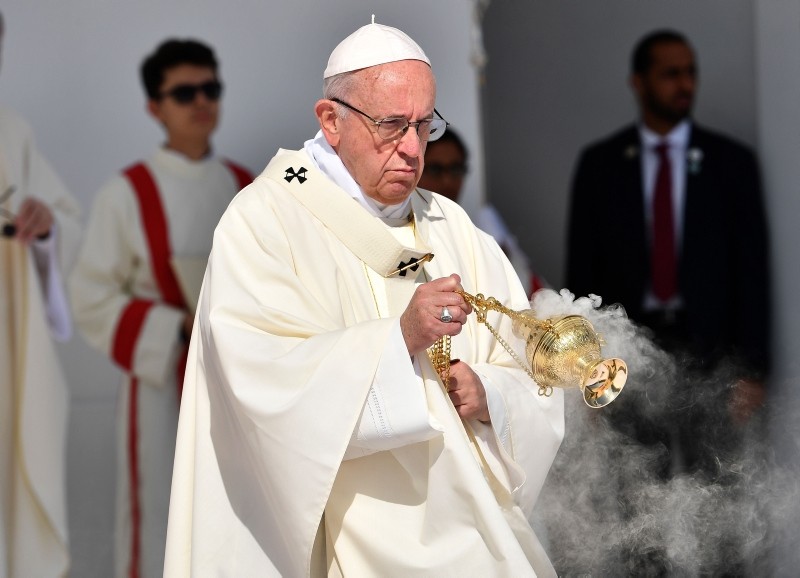 Pope Francis on Tuesday expressed willingness for the Vatican to mediate Venezuela's mounting crisis if both sides seek it.

Pope Francis acknowledged that he received a request from Venezuela's President Nicolas Maduro to help relaunch talks to end the country's political crisis but ruled out any involvement unless congress leader Juan Guaido, who declared himself interim president, requests it.

Francis said he hadn't read Maduro's letter, which he said arrived at the Vatican via diplomatic pouch. He added, "We'll see what can be done."

"I'll have a look at the letter, I'll see what can be done. But the preliminary conditions are that both sides ask for it," he told reporters, without citing Guaido by name.

Guaido has made it clear that any offers of dialogue must start with negotiating the terms of Maduro's exit.

Maduro said in a statement that he sent the letter to Pope Frances, explaining that he is deeply Christian in both prayer and action.

"I ask the pope to put forth his best effort, his willingness to help us move down a path of dialogue and hopefully a positive response," Maduro said.

Venezuela is about 70 percent Catholic.

On Jan. 23, Guaido declared himself interim president. Since then, tensions have mounted in the South American nation with embattled President Maduro refusing the opposition's calls to step down.

Maduro accuses the U.S. of orchestrating a "coup" against his government, insisting that he is open to dialogue with Venezuela's opposition.

The U.S., several European countries and most members of the Lima Group, including Argentina, Brazil and Canada, have recognized Guaido as interim president.

Meanwhile, Russia, China and Iran have also thrown their support behind Maduro, as has Turkey.