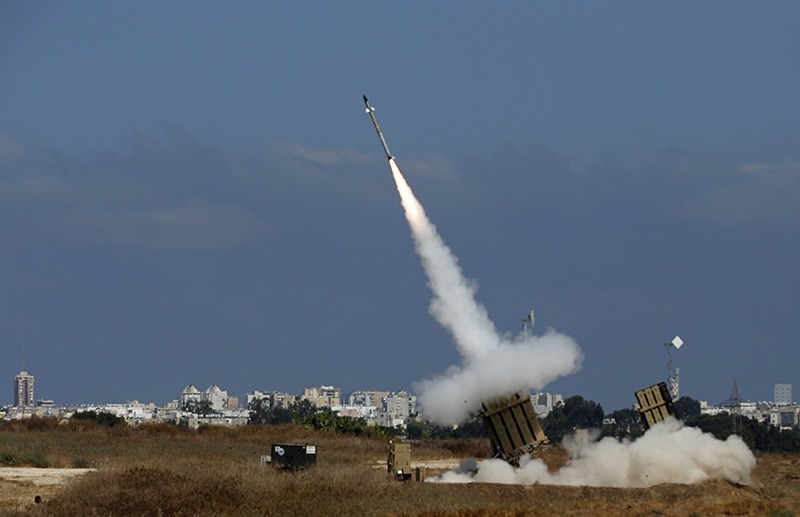 An Iron Dome launcher fires an interceptor rocket in the southern Israeli city of Ashdod (Reuters File Photo)
by Feb 27, 2019 12:52 am

The U.S. Army plans to buy a limited number of Iron Dome missile defense systems from Israel as it assesses options for its long-term needs, the military branch said in a statement on Wednesday.

Iron Dome has been billed as providing city-sized coverage against Katyusha-style rockets with ranges of between 5 km (3 miles) and 70 km (42 miles), as well as mortar bombs. The system uses small interceptor missiles to shoot down incoming threats and, according to Israeli and U.S. officials, has had a 90 percent success rate in engagements on the Gaza border.

"The Iron Dome will be assessed and experimented as a system that is currently available to protect deployed U.S. military service members against a wide variety of indirect fire threats and aerial threats," the Army said in a statement.

Israel's Prime Minister Benjamin Netanyahu said the deal was a "great achievement for Israel. This is another manifestation of the deepening of our steadfast alliance with the United States, and an expression of Israel's rising status in the world."

Some U.S. manufacturers like Raytheon Co provide parts for interceptors used in the system.