US government shutdown 'on the table' as talks stall 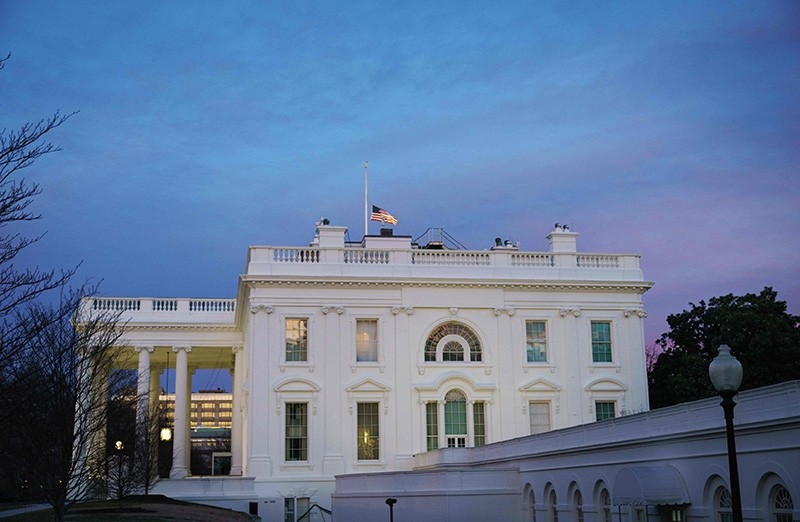 U.S. budget talks have hit another impasse over immigration, raising the prospect of a second government shutdown if no agreement is reached by this week's Friday deadline, a top White House official and key Republican negotiator said Sunday.

In Sunday talk show appearances on NBC's "Meet the Press" and "Fox News Sunday," acting White House chief of staff Mick Mulvaney said a government shutdown is "still technically on the table." But Mulvaney also said that President Donald Trump was willing to explore funding alternatives for his border wall.

"The president really does believe that there is a national security crisis and a humanitarian crisis at the border and he will do something about it," Mulvaney said.

He said the president would likely accept less than his demand of $5.7 billion and fill the gap by finding the money "somewhere else."

"There's going to be a lot of different moving pieces so I'm not in a position to say the president will absolutely sign or will not sign," he said.

Trump "cannot sign everything they put in front of him if there will be some things that simply we couldn't agree to," he said.

Richard Shelby, the chairman of the Senate Appropriations Committee, said on Fox News Sunday, "I think the talks are stalled right now."

The deadline for an agreement on funding to keep the government open is Friday, raising the specter of a repeat of the 35-day partial shutdown that ended Jan. 25 -- the longest in U.S. history.

Negotiators had been optimistic Friday an agreement would be reached that includes some funds for a border "barrier," although less than the more than $5 billion Trump has demanded.

Shelby blamed Democrats for the latest snag, saying they wanted to cap the number of beds at immigration detention centers.

"Time is ticking away but we got some problems with the Democrats dealing with ICE," he said, referring to Immigration and Customs Enforcement.

Trump himself, who Monday hosts a rally of supporters on the Texas border at El Paso, said Democratic negotiators were being hamstrung by their party leadership.

"They are offering very little money for the desperately needed Border Wall & now, out of the blue, want a cap on convicted violent felons to be held in detention!" he tweeted.

He went on to suggest Democrats were ready to let talks collapse to distract from unfavorable headlines including a racism scandal engulfing the party leadership in Virginia.

"I actually believe they want a Shutdown. They want a new subject!" Trump said.

Senator Jon Tester, a Democrat, expressed cautious optimism that a government shutdown would be averted.

"We need to keep our eyes on this but I'm very hopeful, not positive, but very hopeful we can come to an agreement," he said.