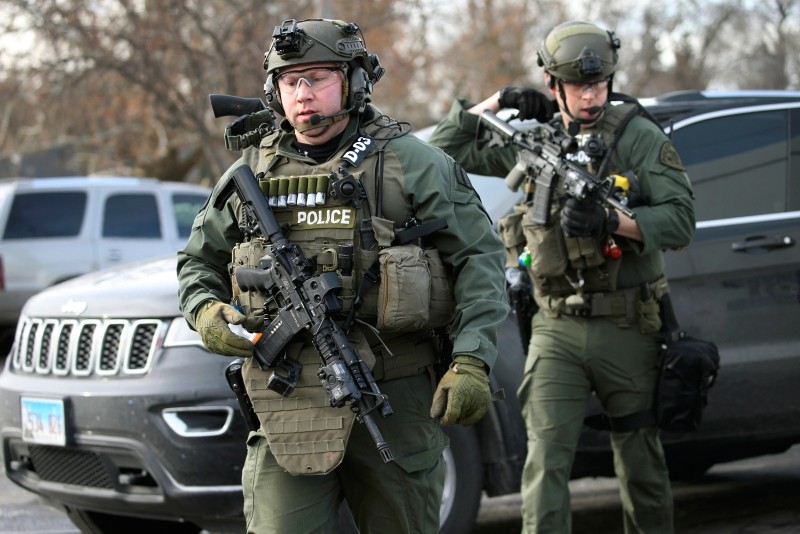 A gunman opened fire in an industrial area on the outskirts of Chicago Friday, wounding multiple police officers and members of the public and killing a bystander, officials and reports said.

Witnesses told local media they locked themselves into nearby buildings as a man in his 30s or 40s entered a manufacturing complex in Aurora, Illinois and began shooting.

Police with riot shields flooded the area and arrested the assailant.

John Probst, who was in the building as the shooting began but was able to escape, told the local ABC TV affiliate that he recognized the gunman as a co-worker.

"What I saw was the guy running down the aisles with a pistol with a laser on it," John Probst said. "We were just scared."

"THE SHOOTER HAS BEEN APPREHENDED! The area is still on lockdown!" the city of Aurora said on social media.

Police urged people to avoid the area but offered no further details.

The local Daily Herald newspaper said on its website that four police officers and "multiple civilians" had been wounded.

"There are unconfirmed reports that at least one civilian is dead. Multiple victims are being airlifted to Advocate Good Samaritan Hospital in Downers Grove," it said.

Nancy Caal, an employee of a truck repair workshop, told the newspaper she and three others were locked down inside.

"We have not heard from the police, but we can hear all the sirens so I went and shut the front gate and locked all of the doors," she was quoted as saying.

"I've got three people here with me and there's four people in the building behind me, too. We're not seeing much because we prefer to be all the way inside the building and not in the windows. We're staying calm."

The local school district said it was keeping students locked down.

"No one will be allowed to leave or enter our buildings until the soft lockdown has been lifted," it posted on Twitter.