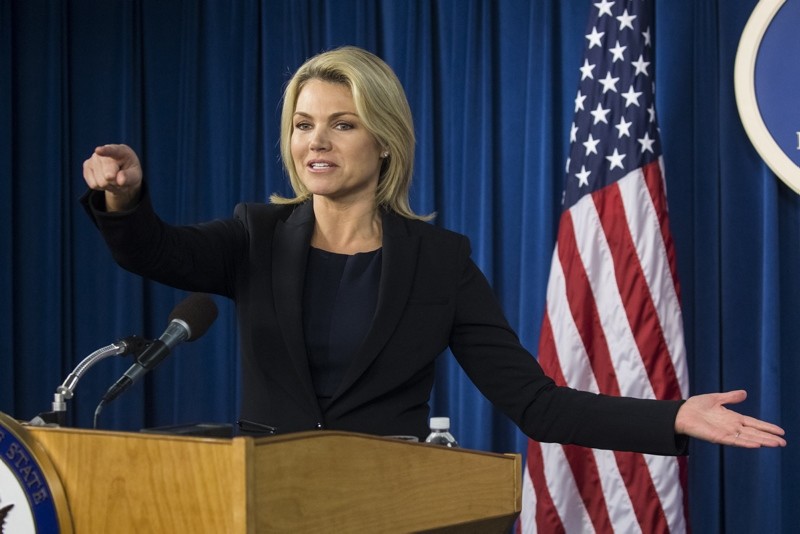 Former Fox News anchor and State Department spokeswoman Heather Nauert on Saturday withdrew from consideration to be the U.S. ambassador to the United Nations amid criticism that she lacked the gravitas for one of the top diplomatic posts.

"The past two months have been grueling for my family and therefore it is in the best interest of my family that I withdraw," Nauert said in a statement.

The announcement came after weeks of often mocking criticism over President Donald Trump's nomination of Nauert, who had no foreign policy experience until two years ago when she was named State Department spokeswoman.

Leading Democrats questioned whether Nauert, despite her poise at the podium, had the skills to negotiate on complex international issues or go head-to-head with seasoned diplomats from adversaries such as Russia.

But with Trump's Republican Party in control of the Senate, her nomination did not seem to be in serious jeopardy, raising questions on why she announced her withdrawal abruptly in the evening on a holiday weekend.

Bloomberg News, quoting anonymous sources, said that a White House background check had discovered that Nauert employed a nanny who was legally in the United States but not authorized to work.

Trump, whose tough line on immigration is his signature issue, started looking Saturday for a new nominee, the report said.

Trump, an avid viewer of conservative-leaning Fox News where Nauert was once an anchor on morning show "Fox and Friends," told reporters in December that he wanted her as U.N. ambassador.

Her nomination, however, was never formally submitted to the Senate and she has vanished for over two months as she prepared for a confirmation hearing -- and, eventually, the job.

The U.N. post has been vacant since the start of the year after Nikki Haley, a former South Carolina governor and rising star in Republican politics, decided to leave.

Trump is notorious for the turbulence in his cabinet with top players including secretary of state, secretary of defense, chief of staff and attorney general all quitting or being pushed out in only the first two years of the administration.

In an administration that regularly denounces the media, Nauert enjoyed comparatively smooth relations with reporters as State Department spokeswoman, a position that does not require Senate confirmation.

She generally avoided gaffes, other than a befuddling remark last year when she cited D-Day -- the Allied assault in 1944 on the coast of Nazi-occupied France -- as evidence of strong U.S.-German relations.

But as she prepared for Senate confirmation, liberal activists and media outlets pored over her output at Fox News, including an episode in which she gave a platform to conspiracy theories about Islamic sharia law taking root in the United States.

Nauert, 49, suggested in the statement that she was leaving government entirely, saying: "Serving in the administration for the past two years has been one of the highest honors of my life."

Nauert, whose family remained in New York during her tenure, did not return a message asking to confirm that she would leave as State Department spokeswoman.

Secretary of State Mike Pompeo praised Nauert in a statement, saying that he had "great respect" for her "personal" decision to withdraw.

Representing the United States at the United Nations is no easy job under Trump, who is open about his low esteem for the global body and has pulled out of broadly supported accords including the Paris climate agreement.

Martin Edwards, an associate professor in the School of Diplomacy and International Relations at Seton Hall University, said that Trump appeared set on sending fresh faces to the United Nations.

"Given his penchant for real outsiders (as with Nikki Haley), it's clear that other countries, who send trained career diplomats to the U.N., will continue to outflank and outfox us there," he said.