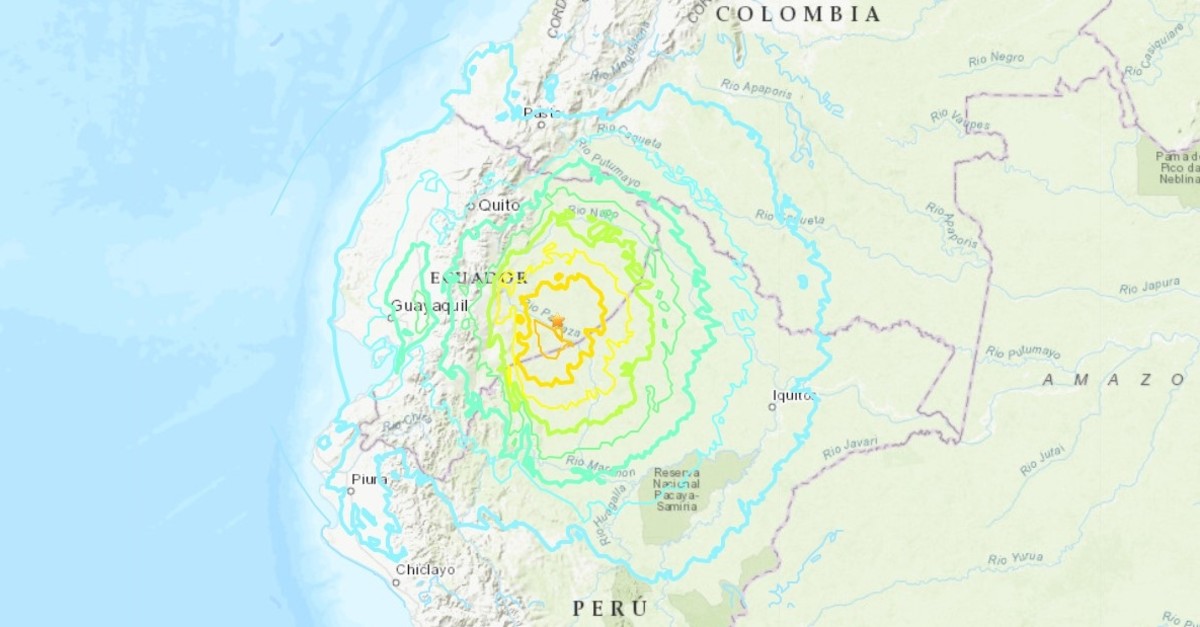 An earthquake with a magnitude 7.5 struck 224 km east-southeast of Ambato, Ecuador, on Friday, according to the United States Geological Survey.

There was no risk of a tsunami being triggered, the Pacific Tsunami Warning Center said, and there were no initial reports of casualties or damage.

One resident in Cuenca, Ecuador, 253 km from the epicentre, described the temblor as very strong, while a second resident in the same city reported experiencing "a good 30 second shake", according to witness statements on the European-Mediterranean Seismological Centre website.