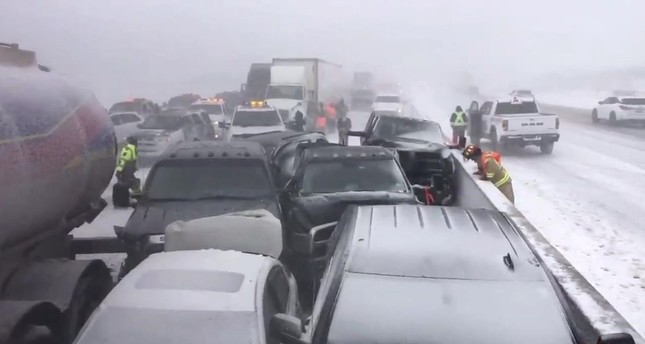 Several people have been reported injured following a pileup involving more than 70 vehicles during whiteout conditions on Highway 400 in Barrie in Canada's Ontario province.

Images and footage from the scene showed dozens of vehicles and transport trucks piled up, including a fuel tanker and tow trucks, and smashed SUVs and pickups.

The Barrie Fire and Emergency Service said all northbound and southbound lanes between Mapleview and Innisfil Beach Road have been closed as crews respond to the crash while battling high winds and blowing snow.