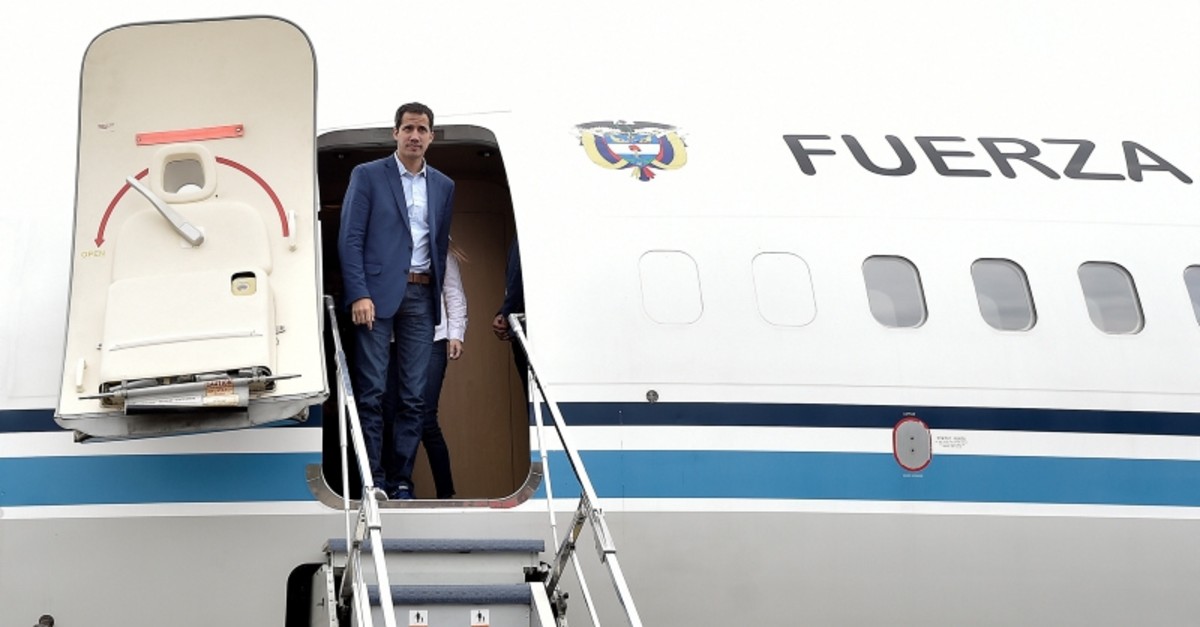 The United States is planning new ways to pressure Venezuelan President Nicolas Maduro to give up power and other means to provide assistance to the people of the economically devastated South American nation after a weekend effort failed to deliver aid.

Vice President Mike Pence travels Monday to the Colombian capital to meet with members of a regional coalition and Venezuelan opposition leader Juan Guaido to discuss the next steps aimed at ousting Maduro.

A senior administration official said Pence is expected to announce "clear actions" as he speaks to members of the Lima Group, a coalition of more than a dozen nations organized to address the crisis in Venezuela.

"We are going to show the world and Maduro that the United States stands with the people of Venezuela and that the United States stands with Guaido," the official told reporters, speaking on condition of anonymity to preview the speech in Bogota. "And we are going to continue to stand with him until democracy is restored and humanitarian aid gets to where it needs to go."

Pence's appearance before the Lima Group comes two days after a U.S.-backed effort to deliver humanitarian across the border from Colombia ended in violence, with forces loyal to Maduro firing tear gas and buckshot on activists accompanying the supplies and setting the material on fire. Two people were killed and at least 300 wounded.

For weeks, the U.S. and regional allies had been amassing emergency food and medical kits on Venezuela's borders in anticipation of carrying out a "humanitarian avalanche" by land and sea to undermine Maduro's rule.

Guaido, who has been recognized as interim president by the U.S. and 50 other governments who say Maduro's re-election last year was illegitimate, has called on the international community to consider "all options" to resolve Venezuela's crisis. A close ally, Julio Borges, the opposition ambassador to the Lima Group, was more explicit Sunday, urging the use of force against Maduro's government. But U.S. officials have avoided talk of military action.

The administration official said the U.S. plans to bring "the full measure of its economic and diplomatic weight to bear on this issue." Secretary of State Mike Pompeo, in interviews on "Fox News Sunday" and CNN's "State of the Union," did not rule out U.S. military force but said "there are more sanctions to be had."

But any additional sanctions will increase the suffering of the Venezuelan people and may lead to more political violence, said Mark Weisbrot, the co-director of the Center for Economic and Policy Research, who advocates a negotiated end to the political crisis.

"The 'humanitarian aid' this weekend was a public relations stunt, since the aid was just a tiny fraction of the food and medicine that they are depriving Venezuelans of with the sanctions," Weisbrot said. "As the Trump administration admitted, it was an attempt to get the Venezuelan military to disobey Maduro. It was a farce, and it failed."

"What is explicitly quite clear, from our point of view, is that we need a peaceful political and democratic and Venezuelan-owned resolution of this crisis," she added.

"This obvisouly excludes the use of force."